Tag Archive for: How to Help People in Azerbaijan 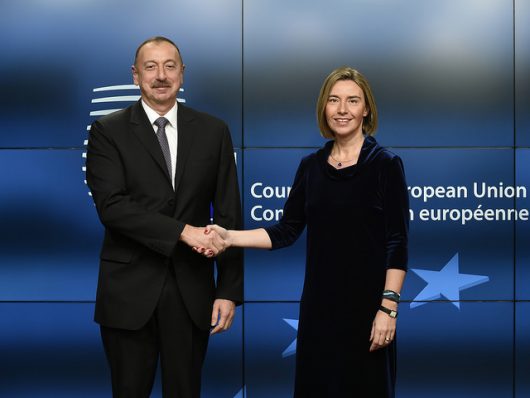 Many have probably heard very little about the small Eurasian country of Azerbaijan. Even fewer have considered how to help the people in Azerbaijan. With regions like the Middle East and countries like North Korea flooding mass media, major human rights violations in lesser known areas can go unnoticed and relatively unspoken of.

Does Azerbaijan need global help? Is the country in some sort of civil struggle requiring foreign assistance? If the breach of free speech and unlawful imprisonment of Azerbaijani antigovernment activists constitutes this need, then the answer is yes.

At the heart of the issue lies what the Human Rights Watch calls a lack of “space for independent activism [and] critical journalism.” Critics of the practices of the Azerbaijani government are not only given no space to speak, but are also being persecuted unfairly for crimes they did not even commit.

“In August, in the lead-up to the constitutional referendum, the government arrested eight activists on a range of false, politically motivated charges, including drug possession, hooliganism, incitement and illegal business activity,” states the Human Rights Watch’s 2017 report on Azerbaijan.

Most of this activism is in reaction to allegations made against Ilham Aliyev, the President of Azerbaijan. He first gained office in 2003 in a landslide election, reportedly winning over three-fourths of the votes, and then winning twice more in 2008 and 2013 with even higher percentages of votes. A 2015 report from the U.S. State Department recognizes that Aliyev seems to have dictated both the legislative and judicial branches of government as well as his own office and calls suspicion toward the legitimacy of the 2013 presidential election.

How to help people in Azerbaijan is a difficult question to consider, as human rights violations like genocide are often more readily addressed as opposed to a lack of free speech. However, there is a way foreign aid can benefit Azerbaijanis’ rights to free speech and press.

There are strict laws governing nongovernmental organizations (NGOs) in Azerbaijan as the Azerbaijani government sees them as a threat against governmental media control. Some of these NGOs such as the Institute for Reporters’ Freedom and Safety and the Media Rights Institute have been harassed by the Azerbaijani government through both legal and economic means. As these NGOs are meant to oversee the freedom of speech and press in Azerbaijan, it is imperative that they remain secure from the government’s mission to seize their influence.

Protecting these NGOs and organizations like them is how to assist people in Azerbaijan. This can be achieved by bringing awareness to the issue or through monetary donation. Contacting a congressperson or donating to one of these NGOs can help secure that the Azerbaijani government does not gain full control of the media and free speech in the country.