Tag Archive for: How to End Genocides 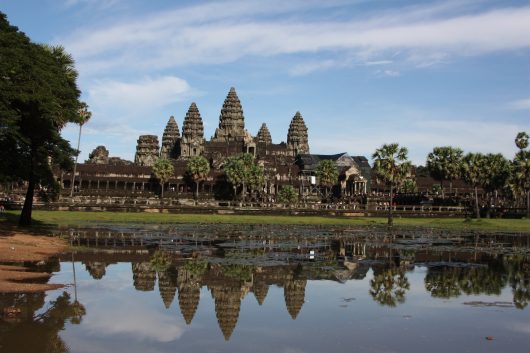 During the Holocaust, more than six million people lost their lives because of their religion, ethnicity, sexuality or other characteristics. To this day, the Holocaust is still one of history’s most devastating genocides. As a direct response, in 1948, the Convention on the Prevention and Punishment of the Crime of Genocide was established to focus on how to end genocides and atrocities.

Genocide is described as killing members of a targeted group, causing serious bodily or mental harm to members of the group, consciously inflicting on the group conditions of life calculated to bring about its physical destruction in whole or in part, preventing births within the group and taking children away from the group.

Since World War II, genocides have taken place in disparate areas of the world. From Cambodia and Rwanda to Bosnia and Sudan, genocides have often occurred in poverty-stricken countries. So the question is, how to end genocides?

The Stages of Genocide

First, it is essential to recognize the signs leading up to these targeted killings. Being aware of the different steps taken in committing these atrocities is an essential step in how to end genocides.

How to End Genocide: Address the Root Cause

Being able to recognize the signs of genocide is only the first part of how to end genocides. It is also important to take action when any of these steps are underway in order to prevent the progression to full-blown mass killing.

Genocides usually take place during wartime, so to prevent a massacre, it is essential to find the causes. Many conflicts stem from racism, intolerance, discrimination, dehumanization and hatred of others. Addressing these issues should be a primary goal because it can prevent armed conflict.

In times of genocide, using the government is essential. When the government is involved, specific measures can be taken. For example, the deployment of military forces and arrests of those committing genocide can help stop the killings. International interventional may be necessary if the country’s government is complicit in the genocide.

Ultimately, the goal is to prevent genocides before they happen. To do this, it is important to address the thoughts and beliefs that allow some groups to devalue others in order to justify their crimes. Emphasizing the value of all human life is key to ending violence and genocides worldwide.