Tag Archive for: How the Media Misrepresents Turkey 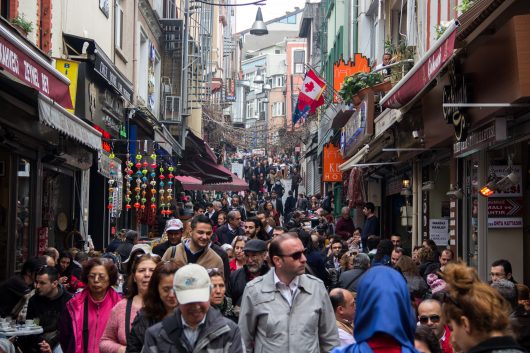 When reading articles about the nation of Turkey, the tone is frequently negative and often revolves around its pursuit of conflict in Syria. Seemingly, the only other topic is President Recep Tayyip Erdogan and his questionable consolidation of power. However, there is a conversation to be had about how the media misrepresents Turkey.

While the negative topics rightly deserve coverage, how the media misrepresents Turkey is quite simple: it ignores the nation’s positive undertakings. Whether it be providing foreign aid or housing millions of refugees, there are still a lot of productive developments in the country.

A considerable struggle for Turkey in the media has been the spillover from the Syrian Civil War. Much of the blame for the poor handling of the refugee crisis has been placed on Turkey. What is overlooked is that Turkey shelters more than 3.9 million people, more than any other country in the world.

As opposed to the traditional camp route, when faced with the problem at home, Turkey decided to let displaced people move freely throughout the country. While this allows for greater freedom, job prospects are still uncertain.

Still, the opportunity to work is a blessing for many Syrian refugees. Zaki Nashed, a recent college graduate from Aleppo who has been living in Istanbul with his brother for more than a year, told The Borgen Project: “I just want to live a normal life. The jobs don’t pay well, but in Aleppo, there are no jobs now. In Lebanon, I cannot work. Here, it’s tough, but here, I have a life.”

Turkish Support for the Rohingya

Turkey’s humanitarian efforts go beyond its borders. One such effort deals with the Rohingya crisis, a widely publicized situation. While NGOs and Bangladesh receive praise for their work with the Rohingya (and rightly so), the media misrepresents Turkey by failing to mention that the Eurasian republic foots much of the bill.

In January, the Turkish government pledged $50 million in support of the Rohingya people to build medium-term shelters for 100,000 people and develop drinking water wells and a sanitation system, as well as building field hospitals and family medical centers.

Critics of the Turkish government claim the donations are symbolic or political. But the intangible benefits of Turkey’s involvement in Bangladesh are best construed through another project at the camps: the construction of the only playground for Rohingya children.

Turkey’s help reaches beyond South Asia. The nation is heavily involved in Somalia, a country frequently plagued by drought and famine due to soaring temperatures. Helping this struggling country is a daunting task when Somalia’s unstable central government is taken into consideration.

To combat this, countries and organizations look for a hybrid approach to aid and develop Somalia. The media misrepresents Turkey here by portraying this involvement as a pure money grab for companies in Turkey. But the full story is more complicated, as it is a prime example of a mutually beneficial relationship between two countries, combining government aid and private investment in impoverished nations.

The Turkish Red Crescent (their Red Cross) managed the Rajo refugee camp in Mogadishu, which accommodated more than 29,000 people at its peak. At the same time, Turkish companies managed the Mogadishu airport and built a new terminal and tarmacs, while both private companies and the government invested heavily in infrastructure projects that led to the construction of new roads and hospitals.

These companies obviously see a profit, but the net effects of introducing employment and driving down costs with competition still greatly benefit the Somali people.

Why It Matters That the Media Misrepresents Turkey

It is without question that Turkey is a complicated country politically. But focusing only on the negative aspects disregards all the beneficial work that is being done.

Whether it is providing shelter for some of the most victimized groups in the world, or implementing revolutionary strategies to lift continually beleaguered countries out of poverty, Turkey delivers assistance that has saved millions of lives. Instead of focusing solely on dismissive depictions of Turkey in the media, take into account that world peace and eliminating global poverty are important goals, and sometimes the keys can be found in unlikely places.