Tag Archive for: How the Media Misrepresents Timor-Leste 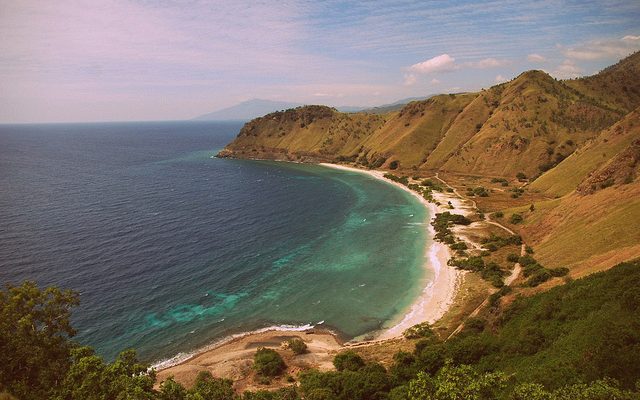 Timor-Leste is repeatedly referred to as a “tiny half-island nation of 1.2 million.” It is framed as an “impoverished country” that has fallen prey to the resource curse that so often afflicts countries with an oil-dependent economy. In the context of its current political transition, skepticism abounds regarding the country’s ability to rise above the temptations of corruption and combat the country’s high poverty rates.

Despite High Poverty, Timor-Leste Has Made Great Progress

Such media coverage fails to take into account the notable progress being made by this newly autonomous country. In order to avoid detracting from this progress, it is essential to garner an understanding of how the media misrepresents Timor-Leste —a nation whose independence was only recently obtained, after the turn of the 21st century. After centuries of Portuguese colonial occupation, the Timorese fought valiantly for their independence, only to be occupied by Indonesian forces nine days later. This period of occupation lasted a little over a quarter of a century. In May 2002, Timor-Leste gained its independence.

Nearly two decades later, the media repeatedly employs statics in order to evaluate how the newly independent country is functioning. These statistics include a 40 percent poverty rate accompanied by a 60 percent unemployment rate. Highlighting standalone statistics is an example of how the media misrepresents Timor-Leste. This practice becomes problematic because these statistics are not representative of the progress being made.

While a poverty rate of 40 percent may appear grim, this statistic fails to account for the vast decline in poverty since 2001, which was an astonishing 71 percent. In a little over a decade, the number of people living in poverty dropped by roughly 44 percent. The poverty rate statistic also fails to represent the declining numbers of undernourished people. Between 2005 and 2007, the rate was 34 percent; by 2014, the rate was at 28.8 percent.

Despite its progress, the Timorese government does acknowledge that its poverty rates remain high. To combat this, Timor-Leste has partnered with the Asian Development Bank in order to invest in infrastructure. These large investments are being put towards road development, supplying clean water to urban centers and vocational education.

Rather than reporting on the progress made by these development initiatives, the news about Timor-Leste focuses on the uncertainty—and in some cases violence—surrounding the recently held elections. This uncertainty is the result of the country’s history of frequent political instability. Particularly in 2006, political instability had disastrous consequences. That year, the prime minister was forced to resign from his post. His resignation was the outcome of expansive rioting that resulted in 150,000 deaths and displacements. It is natural that the Timorese would be concerned about a repeat of these events.

However, Giteroano Neves, a Timor-Leste policy analyst, points out that the political climate at that time was very different from the one today. Timor-Leste had just emerged from internal conflict and was experiencing an unexpected influx of oil revenues. Since then, Neves states that the country has been relatively stable.

From 2017 to 2018, the Freedom House Organization updated Timor-Leste’s freedom status from “partly free” to “free.” One of the factors influencing this change in status was the successful 2017 presidential and primary elections, in which the country amicably transferred power between political parties for the second time since independence. According to a European Union observer mission, the elections were “peaceful and generally well administered.” Furthermore, the winning parties are united on the next steps for the country.

The 2018 winning coalition, called the Parliamentary Majority Alliance, is comprised of both the National Congress for Timorese Reconstruction and the newly formed People’s Liberation Party (PLP). The PLP promotes investment in the basic needs of the people such as roads, water access, education and healthcare. The party as a whole is also in support of the investment in larger infrastructure projects, such as the South Coast Petroleum Corridor.

Timor-Leste’s economy is highly dependent on its oil economy, which currently funds the vast majority of the state’s expenditures. However, oil revenues have been declining. Fortunately, the country was recently able to negotiate maritime borders with Australia, which provided Timor-Leste access to 70 to 80 percent of the Greater Sunrise gas field. Even with this acquisition, the country is expanding its efforts to grow other sectors of the economy, such as coffee and tourism.

By insistently reporting on Timor-Leste’s shortcomings, the media is overlooking the progress that is being made in the country. In order to avoid this oversight, poverty reduction supporters need to be aware of how the media misrepresents Timor-Leste. This misrepresentation detracts from the discussion on how current development endeavors could be made more effective. It fails to reveal an avenue in which external organizations can provide support for these development agendas. Worst of all, it demoralizes those working hardest to make improvements. Timor-Leste is still maturing; the focus should be on fostering this growth.