Tag Archive for: How the Media Misrepresents Sierra Leone 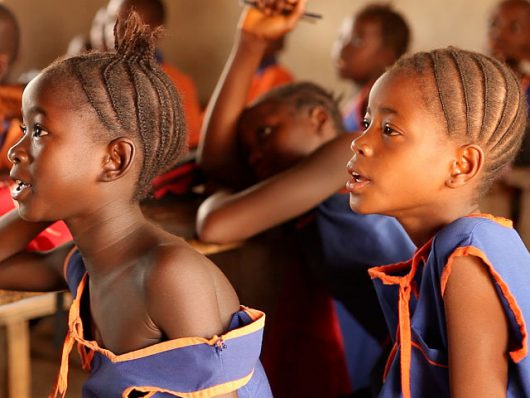 Governmental corruption, poverty and civil war have been the headlines claiming Sierra Leone’s existence for the past several decades. Whether violence in the streets or questionable policies behind closed doors, the country has not been well displayed or talked about in the media.

Phrases such as “grotesque human rights violations” fill newsfeeds across the globe, giving the international audience a limited look into the country, its people and current development as a nation. The media misrepresents Sierra Leone in numerous ways, but the inevitable takeaway is clear: Sierra Leone is a country with severe issues.

How the Media Misrepresents Sierra Leone

While it is true that Sierra Leone suffers from human rights violations, poverty, underdevelopment and even governmental corruption, these headlines do not tell the whole story. Yes, Sierra Leone has struggled and continues to face obstacles; however, positive development is visible in many regards. As Makhtar Diop, World Bank Vice President for Africa Region explains, “headcount poverty has been reduced from 66 percent in 2003 to about 52 percent” in 2014. Though poverty still affects about half the nation, a downward trend since the end of the civil war marks great potential overall.

Even the current status of Sierra Leone — a nation undergoing a peacekeeping mission headed by the United Nations (U.N. — is reason for optimism. A long and destructive civil war no longer affects the nation as it once did, and in its absence, progress is being made. Under the U.N.’s watch, Sierra Leone has been able to increase its financial return in the diamond industry and use the money for positive economic growth in a time of peace rather than weapon amassing during civil war.

Within this era of peace-building — which began in 1999 — more than 75,000 ex-fighters were disarmed, which included about 7000 child soldiers. This not only allowed for community rehabilitation, but it also ushered in a new time of democratic decision-making. Even more impressive than this is that the U.N. was able to remove itself from the country and end its peacekeeping mandate in 2005, only six years after the program’s initiation. Since then, the country has been able to remain relatively peaceful, though government issues and public tension still persist.

While violence and civil war are vivid memories of a recent past, Sierra Leone has devoted much energy to emphasizing the discussion around human rights. The creation of the Special Court for Sierra Leone, a judicial body dealing with the prosecution of human rights violations, signifies a concrete shift towards assessing the damages of the past.

This court not only seeks to alleviate lasting injustice, but also hopes to establish a precedent for the nation’s future and its dealings with human rights. While the media continues to misrepresent Sierra Leone, tangible advancement can be seen when one takes a more in depth look.

Education in Sierra Leone has also been a point of concern. As Human Rights Watch reported in 2018, pregnant girls are widely barred from schools due to motherhood. While there is no doubt that issues in female education exist throughout the country, there are still examples in this area of concern where the media misrepresents Sierra Leone.

Female education, while in need of alteration, has made substantial progress in recent years. Not only was Sierra Leone able to redesign the “Education Sector Plan” in 2007, but it has also witnessed the creation of an annuel “Girls Education Week” and organizations that work on behalf of female education, such as Girls Child Network. These recent developments have given girls and women alike throughout Sierra Leone places where they can receive quality information and education, the resources and tools to pursue such opportunities and the atmosphere where such a mission is understood and valued.

While it should be understood that the country continues to face issues nationwide, it is important to realize how the media misrepresents Sierra Leone and its current development. To say there is no progress being made is simply incorrect. Positive change is underway and shows signs of success at all levels.

Though this development may be slow, there is hope in eventually resolving the issues of the past and present. While Sierra Leone is still suffering, an era of peace and prosperity is not out of the question.