Tag Archive for: How the Media Misrepresents North Korea 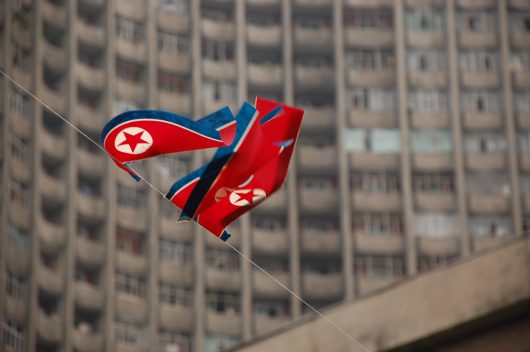 Under the solitary darkness of closed curtains, two North Korean students prepare to watch a movie smuggled into the country from the Chinese black market. Before watching, the two must ensure that no one can see them from the street. If spotted, it will mean certain punishment for them and their families. The two watch in complete solitude as the truth about the outside world unveils itself.

The media misrepresents North Korea by portraying its citizens as unaware of the truth about the world. A 2017 article titled “A Journey into the Heart of North Korea” by Will Ripley and Marc Lourdes of CNN described North Koreans thusly: “The truth is, all these children know is government propaganda teaching fierce hatred of the U.S., and loyalty to the Kim family. Statues and photos of the Kims are everywhere. They’re under constant state media”.

While this statement is correct, the media often ignores the other side of the story. Illegal media is being smuggled into North Korea every day via the Chinese black market, and it is changing the thoughts, hearts and lives of North Koreans.

Kim Jong Un keeps a tight control on the truth, and North Koreans take dangerous steps to learn it every day. From illegal media to growing cell phone use, the North Korean people’s search for truth grows stronger every day, but so do the consequences. This is how the media misrepresents North Korea.

Contraband movies, TV shows and music are smuggled through the Chinese-North Korean border on USB drives every day. These forms of media give North Koreans second thoughts about the lies they were told in school. Because of this, many North Koreans know the truth about the outside world, and because of this information, some brave souls choose to defect.

“What North Korea really fears is their people becoming aware of their oppression,” said Kang Cho-hwan, founder of the North Korean Strategy Center.

The threat illegal media poses to the government is one of supreme danger: awareness. One North Korean defector, Yeon-mi Park, described her thoughts when watching American films for the first time, “I never heard my father tell my mother, ‘I love you’. But in the movies, a man tells a woman, ‘I love you’. And those things were never allowed to be expressed to each other, other than to the dear leader. So of course, this information helped me understand the outside world. I realized there was some humanity out there.”

Chinese cell phones being brought into North Korea are connecting families that have been separated for almost 70 years.

North Koreans are using smuggled cellphones to reach family members in South Korea for the first time in decades, even if they can only talk for ten minutes. The risk is extreme; cell phone connections can be traced by the North Korean government, but some North Koreans are willing to take the risk if it means minutes of connections with loved ones.

Ms. Ju, a North Korean citizen, describes calling her father in South Korea. “We barely spoke for ten minutes before the connection was suddenly lost. My father lost sleep that night, fearing that I might have been caught by North Korean soldiers.”

Banned books have been playing a role in enlightening the North Korean people. Along with USB drives filled with outside media, one can also find books that have been translated into Korean on the black market.

Je Son Lee, another North Korean defector, describes reading a black market book. “Back in North Korea, I once read a fantasy novel called ‘Lucy’s Closet’ and it was a story about a girl named Lucy entering a whole new different world through her closet. Before ‘Lucy’s Closet,’ I had never read anything about an imaginary world. Once I began reading it, I couldn’t stop reading until the very end of the story. I kept turning pages under a lit candle and I pulled an all-nighter just so I could finish reading Lucy’s Closet.”

Je Son Lee guessed that the book was actually “The Lion, the Witch and the Wardrobe” by C.S. Lewis.

These black-market books, like the smuggled Hollywood movies, provide a different view of the outside world, contrary to what the North Korean government tells its citizens.

These cases are just a few examples of how the media misrepresents North Korea. With outside information continuing to pour into North Korea, one cannot help but think the future of the “hermit kingdom” might be bright. Perhaps instead of a war or nuclear disaster, North Korea will free itself with the truth.