Tag Archive for: How the Media Misrepresents Madagascar 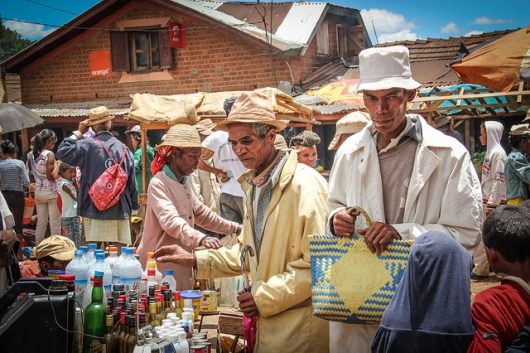 The perpetual stereotype that surrounds Madagascar is that its population consists of very few people, an enormous number of animals and an increasing rate of poverty. In fact, the first page of a ‘Google Image’ search of Madagascar provides half a dozen photos of people and dozens of photos of lemurs and other animals. The ways the media misrepresents Madagascar creates a skewed image of this African country as a place populated mostly by animals and an increasing rate of poverty.

Several organizations advocate for the population of Madagascar. One such organization, Pivot, has created a district in Madagascar called the Ifanadiana District, which focuses on providing health care benefits for Malagasy people. Its population is now 200,000.

The organization aims to transform Madagascar’s health system through rights-based care delivery, strengthened public systems and a new era of science guided by the needs of the poor. Before this organization was located in the Ifanadiana District, one in seven children died before age five. Patients also had to find and pay for all medicines and supplies before treatment.

However, there was a 19 percent decrease of under-five mortality after Pivot intervened. Pivot has built hospitals and provided vaccines and health care to enlighten the people of this impoverished country. Pivot has made an extraordinary difference to the country of Madagascar and will continue to do so until it’s health system has been completely transformed.

Halt Poverty is another organization working to reduce poverty in Madagascar. The group’s current crowdfunding campaign is to support the building of a provision of safe water in vulnerable households surrounding areas of Fianarantsoa, Madagascar. The endeavor will only cost $2,945 to serve 200 people safe water, or $14.98 per person.

Halt Poverty uses adventure tourism to advocate for the support of poverty reduction in Madagascar. By exploring the natural landscapes and villages of this country, people are able to see the nation as it truly is. These tourists will support the local economy, protect the environment, respect the local culture and participate in poverty reduction.

These programs offer a deeper cultural insight than the one offered by tourism. Over the course of the trip, tourists will get a deeper intercultural understanding of Madagascar and gain exposure to volunteer opportunities that reduce poverty.

The media misrepresents Madagascar by portraying the nation as an impoverished country lacking in aid from poverty-reduction organizations, but this is not the reality. Although Madagascar experiences immense poverty, the poverty rate has actually decreased in the past couple of years.

In fact, the poverty rate decreased from 77.6 percent to 72 percent between 2012 and 2018. The World Bank reported that the Malagasy economy has been gradually improving ever since the return to legal order in 2014. Since 2016, the economic growth rate in the nation exceeded 4 percent. With trends such as these, one can see that Madagascar is improving in terms of its economy and poverty at a fairly quick rate.

Although Madagascar is misrepresented in the media, there is, in fact, a great deal being done to give Malagasy people a better life. However, the misrepresentation of this country in the media has caused its issues to remain predominantly unknown.

The combined efforts of organizations like Pivot and Halt Poverty suggest improvements in tourism, health systems, poverty reduction and ultimately, a brighter future for Madagascar, are on the horizon.