Tag Archive for: How the Media Misrepresents Egypt 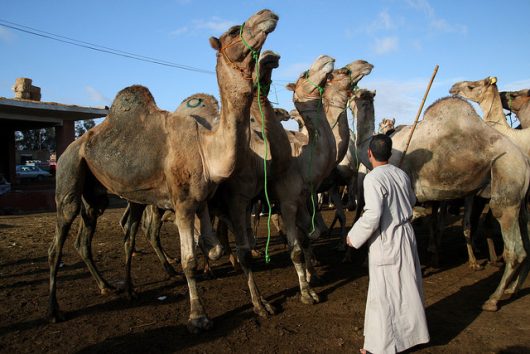 How the media misrepresents Egypt begins with the country’s own local and national media. All media in Egypt before the introduction of the Internet in 1993 was controlled by the Egyptian government through the Egyptian Radio and Television Union (ERTU) and any broadcasters had to be a member of this union. The ERTU was completely funded by the regime and was responsible for approving any news that was broadcast.

After the Internet was introduced, the public began to understand the extent of the censorship they were being subjected to. The public protested for freedom of speech and the government made changes to allow more open broadcasting. In 1996, a media company by the name of Al Jazeera developed the first 24-hour news channel in Egypt and sought to change how and what news was reported in Egypt.

The Al Jazeera channel was launched by the emir of Qatar and funded by the Qatari royal family. The channel often spoke negatively of Egyptian and Arab officials. These actions initiated several arrests of broadcasters that were covering government issues. This caused the regime to once again censor the media by issuing a warning to all broadcasters to choose only pro-government and pro-military topics.

How the International Media Misrepresents Egypt

How the international media misrepresents Egypt is quite different than that of the local media. There are many Egyptians that are upset over how the international media reported on peaceful demonstrations against former president Hosni Mubarak. Meanwhile, the protests that have taken place in Tahrir Square have been portrayed in news reports as destabilizing the nation and focused on extreme violence. There are many Egyptian reporters that are livid over how the media misrepresents Egypt in this fashion.

Egypt’s own government has not allowed any media to cover the protests in Tahrir Square. This has resulted in the resignation of the head of the English-language station Nile TV, Shaheera Amin. Amin has stated that the only permitted reports are those that are pro-government. Some foreign journalists have been seized and brutally mistreated for trying to report on the rallies in Tahrir Square.

According to Stephenie Livingston of Gnovis, a Georgetown University journal, Egyptians feel that American media coverage creates stereotypes about their culture and religion. This portrayal of Egypt in the media creates incorrect perceptions and fosters negativity toward the Egyptian population. This is especially true for Egyptian women, who feel that the negative portrayal is inhibiting their battle for equal rights. Livingston also cites several studies that show that there are more negative media stories about Egyptian culture, women and political protests.

There are several solutions that can be implemented to change this negative portrayal of Egypt in the media. An important step is the broadcasting of positive media, such as balanced coverage of Egyptian culture and religion. Another is to encourage the universities of the world to perform more studies to help determine which factors the media are influencing. This can help determine which portrayals are effective in making positive changes.

How the media misrepresents Egypt begins with the local broadcasting that is so censored and governmentally managed that the portrayal of Egypt is pro-military. This has been causing a large conflict within Egypt’s own broadcasting systems and is so extreme that reporters are resigning. Foreign journalists are being seized for trying to cover political issues.