Tag Archive for: How the Media Misrepresents Afghanistan 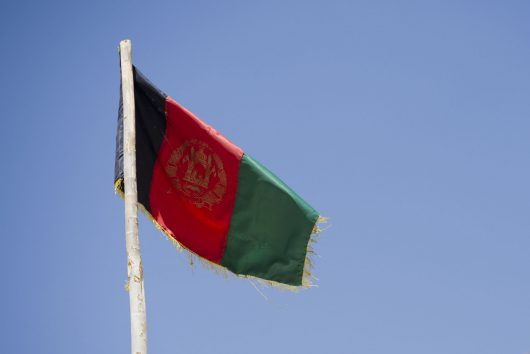 Thousands of peoples’ lives were forever changed after the disastrous events of the 9/11/2001 attacks on the World Trade Center in New York. But for over a decade, the stigma of Islam and all Muslims has wrongfully grouped innocent people in with the terrorists that caused harm to the U.S. and other countries.

The Media’s Focus on Radicals

This negative perspective of Muslims’ character stems from tragic events like the Charlie Hebdo attack in France and the alarming beheading videos done by the Islamic State group (ISIS). However, Espiritu believes the media coverage of these events focuses on linking the terrorists to Afghanistan which places the country in a negative light.

How the media misrepresents Afghanistan is in drawing broad connections to particular events done by groups of people, organizations, and even a single individual i.e. Osama bin Laden. When these events occur, the stigma against the people of Afghanistan — who are primarily Islamic people — translates to their portrayal in the media as savages, extremists, bigots and/or radicals.

When you limit Afghanistan to just these reductive terms and connotations, it creates a constant theme within the news medium of categorizing Muslims as belligerently harmful people.

Although there are good arguments and truth in fearing the Taliban in Afghanistan, how the media misrepresents Afghanistan places any progress against these threats as overlooked. For instance, Peter Bergen stated in the Foreign Policy news article, “the Taliban are removed from power,” while numerous other news sites would focus on the Taliban’s continued threat instead.

Another focus of the media is the “Muslim” restriction of women from having jobs and giving daughters an education; however, there are now more women from Afghanistan aiding in the Afghan parliament than in the U.S. Congress. Also, there’s been progress in child education —  there are now eight million students’ in school, and more than 33 percent are girls.

Even though Afghanistan has had a history of human trafficking, the U.S. Department of State from the United Nations High Commissioner for Refugees addresses that the government of Afghanistan has made improvements to end this practice.

The efforts consist of passing a new law that prohibits any trafficking and smuggling in January 2017. Furthermore, the government has managed to indict and punish criminals of this injustice while also placing trafficking victims in temporary housing in Kabul.

Pushing the socioeconomic progress forward also led the government to establish 15 child protection units (CPUs), creations which stopped 315 boys and three girls from becoming victims of police recruitment. Unfortunately, the government did not meet the requirements, though, in several categories: collusion, victim protection and progression in strategic planning for services provided.

How the Media Misrepresents Afghanistan

The media is supposed to be a direct connection from the government to the general public and vice versa; however, Mirza Mesic, a professor of Islamic History at the Zagreb, states that this medium of communication uses alternatives to basic informative practices such as skewing and then defending such alternative information.

With all the attention and negative input the media has done about Afghanistan, it is easy to say that drama sells stories, but how often is that balanced with the progression the country is making?