Tag Archive for: How Does Poverty Affect Mental Health 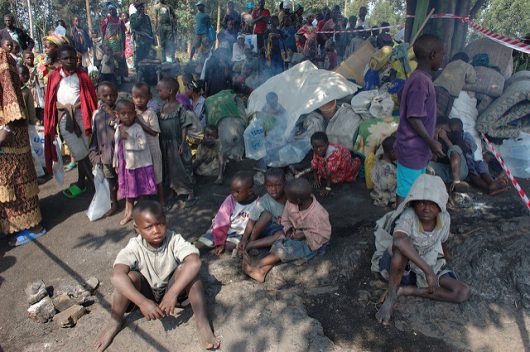 Approximately one in four people will be affected by a mental health disorder in their lifetime. There are strong links that show that living in poverty can take it a severy toll on one’s mental health. This article will examine poverty’s toll on mental health.

What is mental health?

By definition, mental health is the condition regarding one’s psychological and emotional well-being. Mental health affects how one thinks, feels and acts. It can also dictate how someone copes with stress, their ability to relate to others and decision making. The most prevalent examples of mental health disorders are anxiety, depression, alcohol/drug use, Bipolar disorder, Schizophrenia and eating disorders. According to Mentalhealth.gov, some factors that can contribute to mental health issues include:

The term ‘Mental Health’ has been around for quite some time, but it has gotten a reputation for being abused. There have been many cases over the years where people self-diagnose or lie to get out of particular circumstances. Because of this kind of abuse, some people don’t believe in mental health disorders at all. Although there is a vast variety of mental health issues, these disorders do exist and should be taken seriously.

How does poverty affect mental health?

Poverty is considered a significant social determinant of mental health. Poverty is a perfect example of a life experience that can affect one’s mental state. Physical health and wellness isn’t the only hardship that people in poverty endure. Being subjected to an impoverished environment where money, food and shelter is uncertain can lead to mental health complications.

Although the idea of poverty being the cause of a mental illness is fairly new to science, there is evidence of a connection. According to National Public Radio, people that live in poverty appear to be at a higher risk for mental illnesses and show lower levels of happiness. It has been difficult to study people in poverty for statistical purposes, but the studies that have been done do exhibit signs that when financial circumstances are drastically affected, there’s a rise in rates of depression.

How People in Poverty Are Affected

It’s a proven fact that living in poverty for any significant period of time automatically increases risk factors for health and mental problems. The vicious cycle of poverty comes with the constant stress of finances- worrying if there’s enough money to eat and practicing bad eating habits because processed food is cheaper than healthy food.

Stress is an immediate link to mental issues, such as depression, anxiety and, in extreme cases, multiple personality disorder. The rates of violence tend to also be higher among those that face economic tension. There are some cases where mental illnesses can be the cause for people to fall into poverty.

For people who have experienced poverty early in life, their risk of a mental illness is higher. Poverty’s toll on mental health for children can lead to higher rates of delinquency, depressive and anxiety disorders and higher rates for psychiatric disorders in adulthood.

Although poverty’s toll on mental health is known, it’s still unclear how to best break this cycle. Perhaps more research will allow for solutions. Considering poverty doesn’t have to be a life-long condition, it is very possible for mental illnesses brought on by poverty to be alleviate if the people affected can be helped out of poverty.