Tag Archive for: How AJWS Delivers on COVID Aid 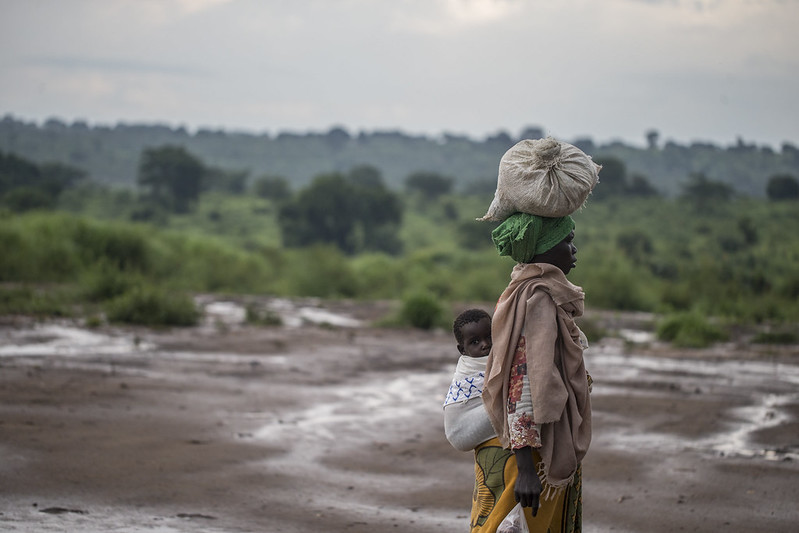 The coronavirus pandemic has exposed the tenuous position of large swathes of the developing world as upwards of 100 million additional people could be pushed into extreme poverty this year. Consequently, the invaluable impact of humanitarian aid organizations in providing COVID relief has become clear. One such organization is American Jewish World Service (AJWS). AJWS is a leading Jewish aid organization focused on global poverty and human rights.

AJWS is a major contributor in the humanitarian field, investing more than $30 million annually to improve the lives of the world’s most vulnerable citizens. Using a collaborative, transnational approach, AJWS identifies grassroots organizations in 18 countries around the world to become grantees. However, the relationship between AJWS and its partners is far from simply monetary; the organization has staff on the ground in all 18 countries to provide hands-on support and expertise. In an interview with Sam Wolthuis, the associate vice president of programs at AJWS, says, “We get to know [partners] very well before we even talk about funding and supporting the organizations.”

Four domains make up the main focuses of all AJWS partners: Land, Water, and Climate Justice; Civil and Political Rights; Sexual Health and Rights; and Disaster Response. The latter of these domains encompasses COVID aid. Since the onset of the pandemic, it has proven to be hugely significant.

Filling in the Gaps

AJWS and its partners have attempted to compensate for the insufficiency of governmental actions towards coronavirus. A common shortcoming AJWS has identified is rampant misinformation about the virus, an issue the World Health Organization has dubbed an “infodemic.” In response, AJWS’s staff assembled an infection prevention toolkit for partners to disseminate vital information on the ground. Translated into 10 languages, the toolkit has been delivered via loudspeakers, billboards, and community radio programs.

In addition to quashing misinformation, AJWS’s partners have worked to eliminate more tangible threats. The Southern Peasant Federation of Thailand has created community farming projects. These projects aim to reduce food insecurity and provide additional income for ailing Thais. In India, a tidal wave of coronavirus cases crushed the healthcare system. This has left pregnant women seeking care in limbo. For example, the New York Times published an article this past summer about an Indian woman who died during labor after being turned away from eight hospitals. Sama Resource Group for Women and Health, an AJWS partner, has filed a petition in Delhi’s High Court. This petition aims to prevent such horror stories and ensure pregnant women receive care.

While protecting citizens from the universal dangers and disparities of the pandemic, AJWS has also focused on the plight of the marginalized. For example, the organization has worked with Estrellas del Golfo (“Stars of the Gulf”) to establish community kitchens in LGBTQI communities within El Salvador which suffer from discrimination and violence. Wolthuis (Who specifically is this person?  She was not formal introduced in the context of this paragraph) expresses pride in this essential form of COVID aid. She says this crisis has disproportionately affected these groups, but they have remained a constant focus for the organization.

Fighting for the Vulnerable

AJWS-focused countries such as Uganda have scapegoated and demonized LGBTQI individuals. Homosexuality is criminalized there, and Ugandan authorities have repeatedly conducted mass arrests of such individuals. The latest crackdown occurred when 19 LGBTQI youths staying inside a shelter in the city of Kampala were arrested. “Negligent act to spread disease” is the charge they all face. The Human Rights Awareness and Promotion Forum (HRAPF), a legal aid organization and AJWS partner, mobilized to secure the prisoners’ release. However, obstructionist authorities and strict lockdown procedures stymied them at every turn. Only after a 52-day legal blitz by the HRAPF were the 19 youths released from prison.

Organizations like the HRAPF have had an especially difficult task during pandemic-induced shutdowns. However, their work has arguably never been more important. Take Kenya, for example, where the Pastoralist Girls Initiative (PGI) has been working to empower young girls in the Tana River and Garissa counties for two decades. In response to rising reports of rape, domestic violence, female genital mutilation, and child marriage since the pandemic began, PGI has pivoted its focus toward engagement with local enforcement. By communicating with government officials and judges about cases of gender-based violence, the initiative is working to ensure justice is served for survivors.

Wolthuis says that such flexibility is the norm among partner organizations. This is because AJWS defers those on the ground who determine the most pressing issues demanding attention. “Partners dictate what the gaps are, and what the needs are and how they’re going to solve them. And we support them in their vision to do that.” This vision may have blurred at the onset of the pandemic, but AJWS extended a crucial lifeline to its partners through its COVID aid.

The incredible work of AJWS’s partners during the pandemic obscures the enormous difficulties they have had to battle themselves. The movement-building of AJWS partners typically involves a good amount of face-to-face interaction. This interaction had to move online when the pandemic struck, despite barriers to technology access. AJWS prioritized the safety and economic well-being of partners’ staff first in its COVID aid. Then, they worked to help them re-open digitally by helping with Zoom set-ups and moving advocacy efforts online.

Such adjustments proved to be critical in providing COVID aid as the pandemic unfolded. However, AJWS and its partners have also extended their focus to the long-term. Wolthuis points to rising global hunger and disruptions to vaccine campaigns for other illnesses as effects of the pandemic that could sting for years to come. At the very least, the world’s most vulnerable can rest assured that AJWS will continue to support organizations that tirelessly work on their behalf.