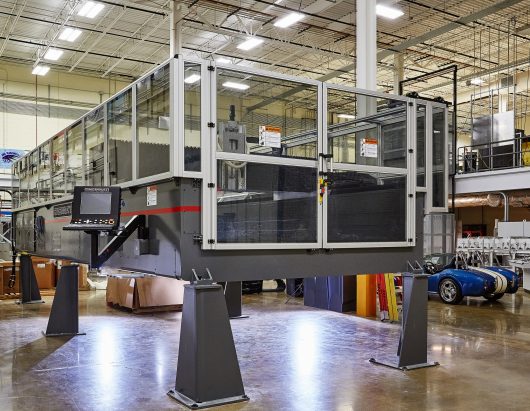 Poverty is a condition in which income is not enough to afford access to necessary goods, services and infrastructure needed to sustain a quality living standard. Securing and maintaining the means to satisfy adequate nutrition, healthcare, shelter, clothing and other humane safety provisions requires significant funds.

Imagine post-World War I Germany in the 1920s. To fund its military during the war and satisfy reparations thereafter to the Allied nations, the German government’s solution to producing more national income was simple — it commissioned 130 printing companies to print more money.

This, however, gave rise to increasing inflation in which their currency, the German mark, unsupported by a gold standard, became virtually worthless. With every printing press, creating more money became perpetually futile, and the German mark was more useful for a child’s arts and crafts project than it was to purchase food and clothing.

A New Kind of Tech

Less than a century later, technology and three-dimensional (3D) printing has allowed us to not only print currency with regular modifications (so as to prevent counterfeit bills), but to also print the very goods and supplies purchasable with said currency.

A 3D printer then reads a data file and melts raw material, such as plastic, metals and concrete, and with laser technology deposits that material through a nozzle. Layer upon layer, the virtual model forms the tactile facsimile.

At this year’s South by Southwest festival in Austin, ICON debuted its cement, single-story, 650-square-foot prototype home, a 3D rendering from the Vulcan printer. ICON claims it can erect such a home for $10,000 and in less than 24 hours time. The model is sleek with white concrete and features a living room, bedroom, bathroom and arched porch.

New Story aims to build 100 3D printed homes in El Salvador by 2019, compounding its previous accomplishments in the building of over 700 traditionally constructed homes in Bolivia, El Salvador, and Haiti; the corporation also built 1,300 worldwide.

ICON maintains it can trim 3D-printed building costs down to $4,000 and that its Vulcan printer can make a home as large as 800-square-feet. 3D printed homes are considered far more cost effective than the typical home. In El Salvador, a nation of over 6 million people, 35 percent of the population lives below the poverty line. Housing shortages are said to affect 944,000 families, amounting to 6 out of 10 families with insufficient housing.

El Salvador’s geography leaves its buildings’ integrity exceptionally susceptible to natural hazards such as earthquakes, hurricanes, floods and volcanic eruptions. It is precariously situated along the Pacific Ring of Fire, a global seismic belt where 81 percent of the world’s earthquakes occur.

Ninety-five percent of El Salvadorians are said to be at risk of a natural disaster. In November 2009, Hurricane Ida displaced 15,000 people and damaged no less than 2,500 homes. New Story is currently fundraising $600,000 for research and development and another $400,000 for the community of 100 3D printed homes in El Salvador.

3D Printing Around the Globe

The first inhabitable 3D printed home was recently erected in Nantes, France in April 2018 and tenancy is expected this June. The University of Nantes and the Nantes Digital Sciences Laboratory developed the five-bedroom home and a machine called the Batiprint3D built its frame in 18 days.

3D printing has also been proposed by the U.K.-based Oxfam, a confederation of 20 charitable organizations, to aid disaster relief by reproducing its water, sanitation and hygiene kits. Oxfam and non-profit 3D printing company, Field Ready, provided medical instruments and water pipe fittings in response to Nepal’s 2015 earthquake that claimed the lives of 9,000 people and injured 16,800.

There are several predecessors that have used, or plan to use, 3D printing for home construction and humanitarian efforts. But New Story and ICON lead the way with their campaigns to actualize proposals, print homes and alleviate homelessness and unsafe housing without for-profit interest.

Home is Where the Hard-drive Is

According to the United Nations, over one billion people worldwide live in slum housing — ramshackle homes fortified with scrap metal and founded on unfinished or dirt flooring.

New Story wants to transform slums worldwide into safe living communities; to that end, El Salvador stands to benefit first ahead of the rest of international community with the advent of livable 3D printed homes and requisite funding. All donations to New Story are matched up to $1 million.