Tag Archive for: Housing and Urban Development in India 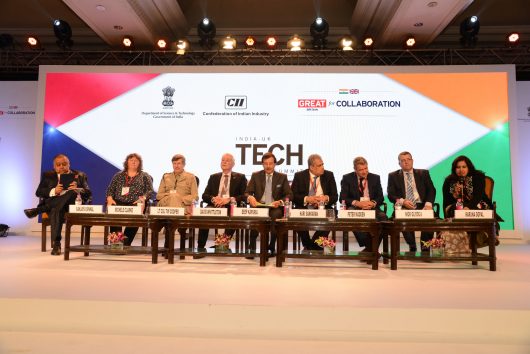 The plans behind India’s Smart Cities Mission are, arguably, more than just smart. This recent initiative by the Indian government is expected to combat the rapid urbanization of Indian cities through the implementation of new infrastructure. In fact, it seems that not only are these plans smart, but they have the potential to effectively combat poverty in this rapidly expanding country.

The Smart Cities Mission is an initiative implemented by the Government of India’s Ministry of Urban Development, a government body responsible for housing and urban development in India. The program was launched in 2015 to provide core infrastructure, improved quality of life and economic opportunities to India’s urban residents. An estimated $7.5 billion was allocated towards this project, in which 109 cities were flagged as cities in need of funding. Some focuses of this initiative include providing city dwellers with affordable housing, solid waste management and electricity.

There are few nations in the world in which this program seems more appropriate. Cities in India account for 31 percent of India’s population and 63 percent of the south Asian country’s GDP. The urban population in India is expanding rapidly and expected to reach 590 million people by 2030. Additionally, the statistics regarding urban living in India are grim—nearly 14 million urban households are considered to be living in slums and another three million are considered to be living on the streets. The environmental implications of this are serious as well, as half of the world’s 20 most polluted cities are located within India.

India’s Smart Cities Mission was designed to address the poverty-related and environmental implications of this rapid growth. The Smart Cities Mission has since addressed the needs of 90 cities and officials have added an additional 30 cities to the initiative. However, critics of the program would argue that the program has moved too quickly with the addition of these other cities.

There are significant concerns posed regarding the equitability of India’s Smart Cities. According to a study published by the Housing and Land Rights Network, this plan ignores the needs of India’s poor. The review concluded that the plan focuses on technological solutions and demonstrates a dependence on foreign and corporate investment—but seems to assume that the poor will simply not be present in the Smart Cities. According to Shivani Chaudhry, the executive of the Housing and Land Rights Network, “the mission profile doesn’t seem to be very balanced.” The report noted that some slum residents have already been evicted due to improvement projects located in four of the cities.

India’s Smart Cities Mission, at its core, addresses the legitimate issues of rapid urbanizations that are present in India. Whether the plan effectively combats issues of the structural causes of urbanization and rural distress, these issues must be addressed by the Indian government in order to combat poverty and improve quality of life in expanding urban areas.