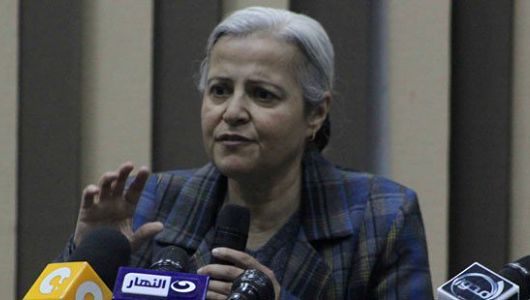 In Egypt, a poor country where 25.2 percent live below the poverty line, Egyptian citizens unable to pay private healthcare fees have, for a long time, suffered in silence from hospital negligence produced by the country’s crumbling public healthcare system.

In recent weeks, however, Egypt’s deteriorating public healthcare facilities have gained attention in mainstream Egyptian society, thanks to social media sites that have served to shed light on the issue. For instance, one Facebook page, translated from Arabic as “so that he will not be surprised when he visits,” has accumulated thousands of followers since it was created on June 6, 2015, thanks to the involvement of hospital staff. The staff has uploaded pictures detailing gruesome hospital conditions, such as pictures of snakes and owls inhabiting the Mattay Central Hospital in the district of El Mania.

According to officials, during Mehleb’s visit, the Prime Minister witnessed overcrowded outpatient clinics, inexperienced hospital staff attending to patients and stray cats wandering through hospital corridors. Greatly disturbed by these conditions, Mehleb responded by firing high-ranking hospital staff as well as relocating some hospital employees from their posts in Cairo-based hospitals to hospitals in Upper Egypt.

Mehleb’s response to the situation has disturbed some citizens and hospital employees who argue that he has served to alleviate symptoms of Egypt’s failed medical system, rather than produce a cure for it. Ihab Taher, secretary-general of the Doctors Syndicate of Egypt, has argued that the relocation of certain hospital staff has been no more than a false solution, intended to deceive the Egyptian people by creating the illusion that hospital conditions in Cairo have been improved.

Indeed, such a ‘simple fix’ fails to grasp at the many root causes underlying Egypt’s failed healthcare system. Nursing staff in Egypt, for instance, are paid extremely poorly, receiving a salary of 80 Egyptian pounds (US$10) per month, while managerial corruption has become a widespread practice in Egyptian hospitals. Societal norms also play a part, as nurses, who tend to come from poor backgrounds and often enter nursing school immediately after finishing middle school, are often degraded and treated like maids in wider Egyptian society. As a result, many of Egypt’s educated nurses leave the country for opportunities to work abroad or in the Gulf nations in which they receive higher wages.

While the road to recovery for Egypt’s public healthcare system will be long and include many hurdles, the recent wave of interest sparked by Mehleb’s visit and subsequent social media campaigns has already produced encouraging signs. Just days after the Prime Minister’s visit, for example, General Secretary of Egypt’s Doctors Syndicate Mona Mina called for comprehensive legislative reform, which included raising the percent of Egypt’s budget allocated to healthcare from 3 to 15 percent.

The utilization of social media in order to create awareness and mobilize healthcare reform has also sparked offshoot social movements. Facebook pages created in recent weeks to illuminate the public to deteriorating conditions in other sectors, such as education, agriculture, sanitation and electricity, is just one example.

Most importantly, the wave of media attention placed on Egypt’s public healthcare sector has helped to lift spirits across the country: it has served to erase years of silent suffering by giving millions of Egyptian citizens the gift of voice.