In 2014, musician Ryan Lewis, a member of the Macklemore and Ryan Lewis hip-hop duo, became the first to donate to the 30/30 Project, the project that he helped his mother, Julie, kickstart. As a thirty-year survivor of HIV, Julie Lewis designed the project with the goal of building thirty healthcare facilities worldwide. It is virtually impossible for people living in poverty to receive treatments, considering “Just one month’s supply of a typical antiretroviral drug costs more than the annual income of most Malawians.” But, these new facilities will give people access to treatments for life-threatening diseases like HIV/AIDS, tuberculosis, and malaria.

The Lewis family saw the injustice and pledged to make a positive change. After all, their motto for the project states, “Healthcare is a human right.”

Lewis and his musical partner, Macklemore, started an IndieGoGo campaign to raise $100,000. This went towards the first phase of the project, which is building a non-profit health center in Neno District, Malawi. The campaign exceeded its goal, raising over $150,000. So, the excess will be used for the next phase, which is a non-profit clinic in Kangundo, Kenya.

Just like they promised, the 30/30 Project completed construction of the Dambe Health Center in the Neno District of Malawi in August 2015.

Partners in Health opened the clinic in March 2016. “This health center serves a community of 30,000 people…by addressing the need for free, basic primary care and lowering the barrier of access.” Since its launch four-and-a-half years ago, sixteen health care centers have been built. Six are currently under construction and eight are in the fundraising stage.

No Mom Left Behind

In addition to their main goal, the 30/30 Project launched its “No Mom Left Behind” campaign. The funds raised, build and maintain maternity wards in impoverished regions. Since 2017, they were able to build a new maternity ward and renovate a clinic in Togo, West Africa. For the 2019 fundraising year, donations will be used to construct a maternity ward in Kenya. It will offer HIV counseling, testing and medication, immunizations and family planning. The need for these services is high, as one in forty-two women die during childbirth. Sixty percent of women deliver their child at home, far from the helping hands of medical professionals. Construction on a nursing school in Uganda is already underway, with the hopes of training students to properly handle patients and any problems that may arise during childbirth.

As a family who has experienced the heartache associated with a loved one’s positive HIV diagnosis, the Lewises know how important it is to receive proper treatment. This is especially true for expectant mothers, who have a twenty-five percent chance of transmitting the disease to their baby. However, treatments could reduce that likelihood to less than two percent.

Ryan Lewis has made a splash in the music scene. Over the last five years, he has also made major strides in the world of philanthropy. Due to his generosity and perseverance, thousands of people in Africa and India are receiving life-saving treatments that they were previously unable to afford. With continued support, the 30/30 Project will help provide healthcare to many other underserved communities. 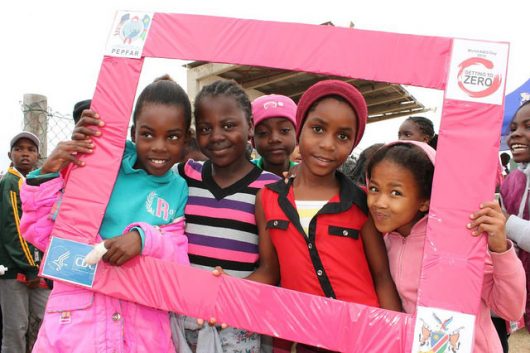