In an interview last Sunday with The Atlantic, former Secretary of State Hillary Clinton greatly distanced herself from President Obama’s foreign policy views.

Discussing her opinions with Jeffrey Goldberg, Clinton criticized Obama’s catch phrase for foreign policy, which is said to be, “Don’t do stupid stuff.”

Apart from her general philosophy on foreign policy, Clinton elaborated on specifics, insisting that the United States should have intervened early in the Syrian war in order to avoid al-Qaeda-inspired groups from seizing control of the rebel side against the Assad regime. She noted that in failing to assist in building up a credible fighting force on the rebellion’s side, a large hole was left, increasingly filled by Jihadists.

The pointed evaluation from Clinton comes at an interesting time period, as she is rumored to be a potential candidate for the 2016 presidential election.

Despite Clinton’s critique, she continued to defend Obama as far as his intentions, explaining to Goldberg that Obama was, “trying to communicate to the American people that he’s not going to do something crazy” (as far as foreign policy).

Given Obama’s second term has been dominated by foreign policy issues including the rise of ISIS in Iraq, the Israeli Palestinian conflict and the rising aggression of Russia against Ukraine, Clinton’s criticism is hard-hitting.

Although she did not outright state as much, Clinton’s interview suggests that she is worried that the United States is removing itself from the world stage as a leader in foreign policy and conflict. More than this, she subtly hints that if she were in charge in the near future, she would approach foreign policy differently.

In her recently released book “Hard Choices,” Clinton details how she and Obama disagreed on how to handle the situation in Syria, especially when it came to the question of whether or not to arm the rebel factions.

Clinton continued to qualify her comments during the interview, stating: “I’ve sat in too many rooms with the president. He’s thoughtful, he’s incredibly smart, and able to analyze a lot of different factors that are all moving at the same time. I think he is cautious because he knows what he inherited.”

In this way, Clinton has propped herself strategically in-between the President and former President George W. Bush on the scale of advocating for military intervention.

According to CNN, those close to Clinton gave the Obama administration a warning that the interview was coming. In response to the interview, White House deputy national security adviser Ben Rhodes stated that Hillary was “fully-on-board” during her time as Secretary of State with respect to the administration’s foreign policy strategy. The U.S. Global Development Lab is a new entity within USAID, and it is partnering with former U.S. Secretary of State, Hillary Clinton. The Lab places an emphasis on using technology to fight poverty and help the poor. USAID plans to solve the issue of extreme poverty across the globe by 2030, and believes a high-tech approach is the way to make that happen.

The program is taking a more holistic approach in working with cross-sectoral partners for studying issues, engineering solutions and financing projects. This model is not only designed to work with key players in the private sector, but NGOs and universities as well. In total, the program is a partnership between USAID and 31 corporations, foundations and universities.

The Lab says this approach will lead to breakthrough innovations and development solutions in even quicker, cheaper ways. For the first time in human history, technology is advanced enough to address the issue of extreme poverty across the globe and eradicate it in less than two decades. So far, efforts worldwide have achieved Millennium Development Goal #1 by halving the number people living in extreme poverty (less than $1.25 per day,) putting the total at 1.2 billion.

Although the current sum of extremely impoverished people is 700 million down from 1990, which is an average of 29.2 million per year, the pace of progress needs to double in order to lift at least another 1 billion people out of extreme poverty.

USAID administrator Dr. Rajiv Shah and former undersecretary for the U.S. Department of Agriculture sees the brilliance in marrying agricultural development and high tech efforts to help poor communities across the globe. This approach is currently sweeping Africa as new tech-centric aid innovations increasingly pop up in the area with the help of mobile phones.

“I said, look, if we could get and invent new seeds, new mobile technology and open new data centers to help farmers connect their crop prices and understand weather variability, we can do something transformational against hunger,” says Shah. “And not just reach a small percentage of the people that are hungry with food.”

While Shah was working to improve agricultural efforts using science and technology to fight poverty, Secretary Clinton was working up a global fund initiative. Shah proposed they partner in their efforts, setting a strong base for collaborative efforts.

USAID spent $127 million on scientific developments in 2008 and almost $800 million in 2013. Now, with the U.S. Global Development lab, they expect as much as $30 billion in individual investment in technology to help the poor over the course of the project with the help of their partners. 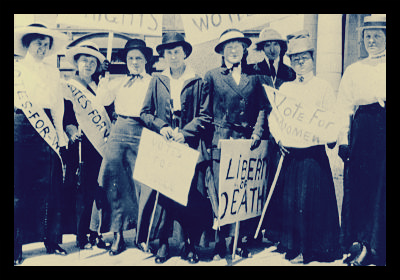 It has been nine years since Hillary Clinton proudly declared “women’s rights are human rights” at the United Nations Fourth World Conference on Women.  Since then, world leaders have recognized that the key to economic, social and cultural development is rooted in the empowerment of women.

1. “More countries have understood that women’s equality is a prerequisite for development.”

2. “Everybody counts in applying democracy. And there will never be a true democracy until every responsible and law-abiding adult in it, without regard to race, sex, color or creed has his or her own inalienable and un-purchasable voice in government.”

3. “It is not gender which is destroying our culture…. it is our interpretations of culture which has destroyed gender equality.”

4. “This is no simple reform. It really is a revolution. Sex and race because they are easy and visible differences have been the primary ways of organizing human beings into superior and inferior groups and into the cheap labor in which this system still depends. We are talking about a society in which there will be no roles other than those chosen or those earned. We are really talking about humanism.”

5. “Gender inequality, which remains pervasive worldwide, tends to lower the productivity of labor and the efficiency of labor allocation in households and the economy, intensifying the unequal distribution of resources. It also contributes to the non-monetary aspects of poverty – lack of security, opportunity and empowerment – that lower the quality of life for both men and women. While women and girls bear the largest and most direct costs of these inequalities, the costs cut broadly across society, ultimately hindering development and poverty reduction.”

– The Gender and Development Group -World Bank, from the report “Gender Equality and the Millennium Development Goals” (2003)

6. “The education and empowerment of women throughout the world cannot fail to result in a more caring, tolerant, just and peaceful life for all.”

7. “No nation can ever be worthy of its existence that cannot take its women along with the men. No struggle can ever succeed without women participating side by side with men. There are two powers in the world; one is the sword and the other is the pen. There is a great competition and rivalry between the two. There is a third power stronger than both, that of the women.”

8. “Women will not simply be mainstreamed into the polluted stream. Women are changing the stream, making it clean and green and safe for all — every gender, race, creed, sexual orientation, age, and ability.”

10. “Women’s chains have been forged by men, not by anatomy.”