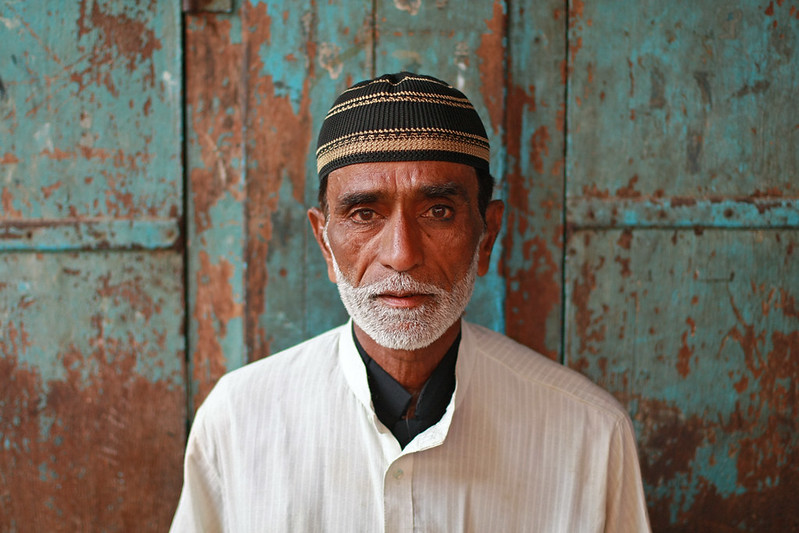 The rates of non-communicable diseases such as diabetes, heart disease, cancer and respiratory diseases are increasing at alarming rates in developing countries around the world. However, heart disease in India has had a particularly high impact on the nation’s population. This increase requires attention and action to reduce the strain of heart disease on the Indian population.

5 Facts About Heart Disease in India

As heart disease in India is on the rise, it is important to understand the impact on global health. Non-communicable diseases have an undeniable effect on development. The World Health Organization stated, “Poverty is closely linked with NCDs, and the rapid rise in NCDs is predicted to impede poverty reduction initiatives in low-income countries.” In an effort to reduce global poverty, attention should move to heart disease in India, and further, to non-communicable diseases in developing countries globally. 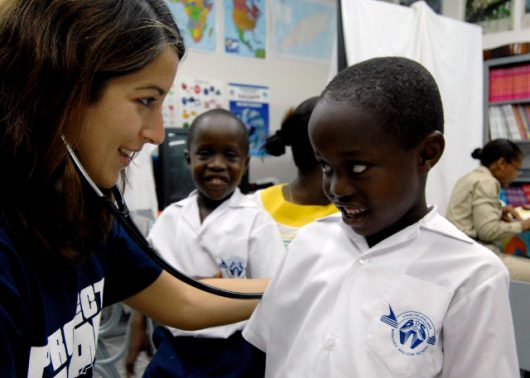 Heart Disease
Heart disease is the leading cause of death in Trinidad and Tobago, accounting for 32 percent of all deaths in 2014.

Uncontrolled hypertension (high blood pressure) is the main cause of heart attack and stroke and can also lead to blindness, kidney failure and other health problems. The prevalence of hypertension in Trinidad and Tobago is high; approximately 29.8 percent of males and 23.1 percent of females are affected.

In 2013, The Ministry of Health in Trinidad and Tobago started a campaign aiming to reduce the risk factors of heart disease among the population. The “Fight the Fat” campaign focuses on reducing obesity, physical inactivity and unhealthy diets. For the World Health Campaign, the Ministry of Health launched “Know Your Numbers; Get Screened.” Initiatives included raising awareness about hypertension and creating opportunities for adults to check their blood pressure.

Cancer
According to a report released by the Pan American Health Organization (PAHO) in 2013, Trinidad and Tobago has the highest cancer mortality rate in the Americas. Among men, the majority of cancer deaths are due to prostate cancer and, among women, breast cancer. The high number of deaths from breast and cervical cancer has led to calls for better access to screening and treatment services, given that cervical cancer is very preventable, and breast cancer can be detected and treated early.

Diabetes
Diabetes is another one of the most common diseases in Trinidad and Tobago and is responsible for about 14 percent of all deaths. As of 2016, 10.9 percent of men and 14.1 percent of women in the country are living with diabetes.

Since 1980, there has been a 350 percent increase in the number of people in Trinidad and Tobago living with diabetes. The Ministry of Health attributes this rise to unhealthy lifestyle choices among the population, such as poor diet and physical inactivity. In its fight against diabetes, the Ministry of Health is establishing more accessible screening programs, educating medical professionals about treatment and expanding programs to promote healthy lifestyles.

Like most other developed countries, the most common diseases in Trinidad and Tobago are noncommunicable. Though genetics can play a role in an individual’s development of an NCD, many are at risk because of unhealthy choices. This can be seen by statistics provided by the World Health Organization: 30 percent of the population is obese, with sedentary lifestyles and diets high in sugar, salt and fat to blame.

The Ministry of Health has taken a stance on personal responsibility, in a statement that reads: “The Ministry of Health will do its party with the strengthening of primary health care interventions, but the population of Trinidad and Tobago has a role to play in making better dietary choices and increasing physical exercise.” However, the Ministry of Health also has a role to play in helping Trinidad and Tobago make these changes. It is unlikely that everyone in the country is actively deciding to be unhealthy – there may be issues of accessibility and education at play, too. 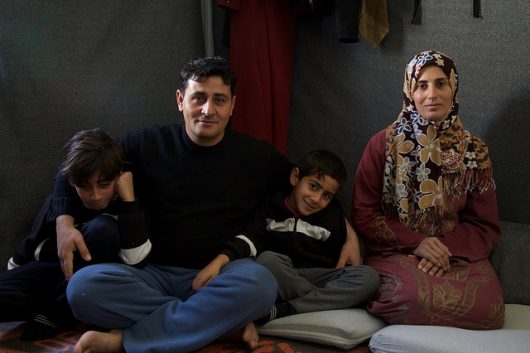 Turkey has a population of just over 78 million people. The country has a very complex healthcare system, offering many different plans and systems. The common diseases in Turkey are similar to those in the rest of the world.

The healthcare system in place in Turkey, although complex, is one of the world’s best, with high-quality doctors and the latest technology available to bring the highest-quality care to individuals. This leads to higher life expectancy for both males and females, with men living to be about 76 and females living to be just over 82 years old. Both are well over the worldwide average.

Turkey’s public facilities consist of government-run hospitals associated with universities to bring the highest quality of care. However, the state-run hospitals are lagging behind the private sector and have shortages of personnel and equipment.

Another common disease in Turkey is Alzheimer’s disease. This is a deadly disease that has impacted millions around the world. It is also on the rise in Turkey, with its rate of occurrence jumping up nearly 10 percent over the past decade. In 2012, it was estimated that 331,512 people were living with dementia in Turkey. This represented 0.44 percent of the population of Turkey.

Alzheimer’s disease mostly impacts people who are 75 and older, with the highest rates of occurrence in those that are 80 to 94 years old. However, it is estimated that half of the people with dementia have not been diagnosed. It is imperative that Turkey works to create opportunities for new methods of diagnosis and treatment for the disease. Over the past decade, awareness of Alzheimer’s has increased drastically, and thus more people are paying attention and attempting to help find treatment and a cure.

The common diseases in Turkey are much like the rest of the world, but Turkey is more fortunate than many to have great healthcare for most of the people in the nation. There is still work to be done to research these diseases and find strategies to help those hospitals that are less fortunate than others. 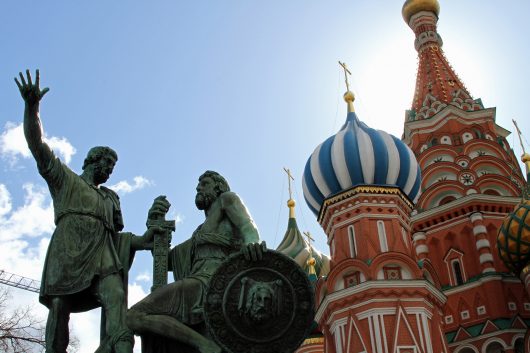 Geographically the largest nation in the world, Russia is known as a formidable global power. However, in terms of medical care, only 7% of GDP is spent on health, lagging significantly behind the world average of 10%. With that, the impact of this policy is seen in the prevalence of several disease outbreaks throughout the country.

Here are the top diseases in Russia:

Combined with shortages of medical supplies and inadequate standards, this list highlights a number of public health challenges for the country. While not exhaustive, many of the top diseases in Russia are treatable or preventable. Therefore, many solutions could be as easy as allocating proper funding and taking reasonable precautions in risk-prone areas. 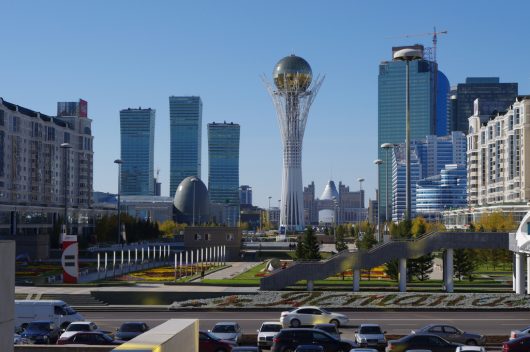 Nestled between Russia, China and other regions of the former Soviet Union, lies the nation of Kazakhstan. As is the case in many other middle-income countries, ischemic heart disease and stroke are the leading causes of death. However, cirrhosis of the liver has overtaken chronic obstructive pulmonary disease (COPD) as one of the top diseases in Kazakhstan. Together, the top diseases in Kazakhstan claim the lives of approximately 85,000 individuals annually.

Often referred to as Coronary Artery Disease (CAD), Ischemic Heart Disease is a condition characterized by insufficient blood flow to the heart. CAD develops when plaque composed of cholesterol and other substances accumulates in blood vessels. As in much of the developed world, the increasing incidence of heart disease in Kazakhstan is correlated with increased body mass index (BMI). More than half the population is overweight. The most common symptom associated with ischemic heart disease is angina or chest pain. Eventually, CAD can lead to heart attacks, heart failure, or arrhythmia.

Cardiovascular Disease is associated with significant direct (e.g. medical) and indirect (e.g. lost productivity) costs. The good news is, there are simple but effective interventions that can reduce the burden of this disease. One study demonstrated a 460% return on investment for community-based initiatives that promoted better lifestyle choices, such as increased physical activity, smoking cessation and healthy eating.

Like ischemic heart disease, stroke is a condition with numerous modifiable risk factors. Most strokes occur when there is insufficient blood flow to the brain. About 20% of strokes are hemorrhagic (due to bleeding). Strokes can result in serious neurological damage and is a leading cause of long-term disability. Community empowerment and education initiatives can help the incidences and severity of strokes. The lifestyle modifications that mitigate the effects of coronary artery disease are also effective in reducing the risk of stroke. In Kazakhstan, sodium intake is one of the most obvious targets for intervention. The average Kazakh consumes over 6,000 mg of sodium daily or three times the maximum recommended by WHO. In addition, limiting alcohol consumption to one drink for women and two for men per day can help lower stroke risk.

Reducing alcoholism in Kazakhstan has proven difficult as evidenced by the increasing prevalence of Cirrhosis. Cirrhosis, or end-stage liver disease, is most commonly caused by hepatitis B or C and alcoholism. According to WHO, the average Kazakh over 15 years of age consumes 10.3 liters of pure alcohol, more than in any other Central Asian country. Since the harmful use of alcohol is also tied to socioeconomic development, organized efforts should be targeted toward this problem. Over time, the incidence of liver Cirrhosis would decrease. There would also be the immediate benefit of reduced motor vehicle accidents, due to intoxication.

In many parts of the world, the leading causes of death have shifted from being acute and communicable to being chronic and noncommunicable. Through medical innovations and effective public policy, those former causes of morbidity and mortality have been dramatically reduced. Sustained passion for social change could also help overcome health problems that now plague the modern world.

Global health issues are being addressed now more than ever, here is a list of 10 facts about global health that show how far the world has come and how much more progress needs to be made.

Around the world, cardiovascular diseases are the leading cause of death. They account for approximately 30 percent of all deaths. At least 80 percent of these deaths that occur prematurely could be prevented by adhering to a healthy diet, getting regular physical activity and avoiding use of tobacco products.

Improving sanitation, water supply, personal hygiene and management of water resources could prevent nearly 10 percent of diseases and 6.3 percent of all deaths around the world.

Currently, approximately 6.6 million children under the age of 5 die annually. By the year 2025, it is estimated that there will still be five million deaths among this age group. Ninety-seven percent of these deaths will occur in developing countries, and most will be a result of infectious diseases like pneumonia and diarrhea or malnutrition.

Sixty-five percent of people around the world live in a country where overweight and obesity kills more people than underweight.

It is estimated that 39.5 million people worldwide are living with HIV or AIDS. Sub-Saharan Africa accounts for about 70 percent of the cases.

There are about 200 million women around the world who do not have access to effective family planning methods, like reproductive information and care services, despite the desire to use these resources. If these resources can be more widely accessed, unplanned pregnancy rates would drop, unsafe abortions would become less frequent and maternal and infant deaths would be reduced significantly.

Preterm birth, birth before 37 weeks of pregnancy, is the most common cause of infant mortality globally. Fifteen million babies are born preterm every year and more than one million of them will die.

Eight hundred women die everyday due to complications related to pregnancy and childbirth.