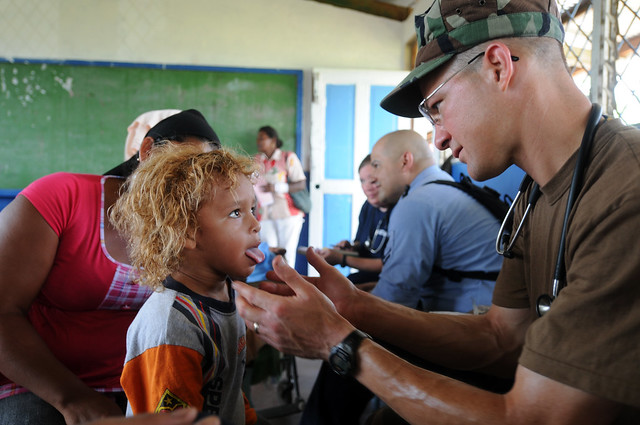 Access to adequate health care is slowly improving throughout South America’s 14 countries, thanks to increased funding and awareness of current medical issues. However, the field is continuously evolving in attempts to adapt to current and future health-related endeavors. Often considered as part of the Caribbean region due to its coastal northern location, the country of Guyana has made significant strides in improving its health care system to meet modern standards. In December 2013, Guyana unveiled a new health initiative entitled “Health Vision 2020”, which was set to be a cornerstone of Guyanese health policy moving forward. Though significant strides have been made, many of the milestone goals laid out by the initiative were not met. Some still have yet to be achieved. Though there is much progress left to be made, health systems in Guyana are improving.

At its initial reveal in late 2013, Health Vision 2020 set out to systematically improve the health systems in Guyana. In doing this, the initiative aimed to also create more jobs in the field and improve health literacy. The initiative aimed to meet these goals while also attempting to meet the standards set forth by the Millennium Development Goals (MDGs).

In line with the MDGs, Health Vision 2020 sought to improve many aspects of health in Guyana. For example, to increase life expectancy to over 70 years of age and to decrease maternal and infant mortality rates. Health Vision 2020 aimed to do this while also reducing incidence, prevalence and factors that contribute to both communicable and non-communicable diseases. Furthermore, the initiative hoped to achieve this all by 2015 (or make significant strides toward these targets by the set year).

Guyana aspired to achieve these goals through one central crux: communication and awareness. This would lead to the establishment of adequate health centers and the improvement of general health literacy. Despite this, education and information regarding these matters were only the first steps in improving health systems in Guyana.

The 2015 targets of Health Vision 2020 were not met, despite trends in a positive direction. For example, as of 2018, general life expectancy has improved to 68.5 years among both sexes. This was an improvement from 67 years in 2010. Another example is that maternal mortality remains high at 229 deaths per 100,000, while infant mortality has dropped to 20 deaths per 1,000.

A possible explanation for why Guyana was not able to meet these 2015 targets may be centered around the geography of the nation. The population of the coastal nation is extremely spread out. This makes it difficult for the government, non-governmental organizations (NGOs) and other aid-related parties to reach every person. However, efforts have been made in improving the quality of life for all the people of Guyana. For example, approximately 98 percent of the population now has access to clean water. Additionally, 84 percent of the population has access to quality sanitation.

Furthermore, these goals may not have been met due to the allocation and availability of funds. As of 2018, only 5 percent of Guyana’s gross domestic product (GDP) was spent toward its health systems. In 2014, donor expenditure of donor funds dropped to just above 7 percent from 40.1 percent. A 2018 update on health systems in Guyana emphasized that this might be because the nation does not have proper strategies for channeling aid in from donors. This fluctuation in funding leads to instability and insecurity in the health care field.

Furthermore, the report “Country Cooperation Strategy 2016-2020” highlights international cooperation as an integral component to improving health care resources and systems in Guyana. The report emphasized that the nation lacks sufficient health workers and other human resources.

Guyana is on the right track in improving the health and wellness of its people. Unfortunately, it currently lacks several of the resources to achieve its goals. These are vital resources ranging from consistent funding to a well-rounded workforce. Despite these deficiencies, Guyana has made significant strides toward the goals. The country has also been labeled a figurehead nation in addressing health systems of low- and middle-income countries. It has worked successfully with outside governments and organizations in the past to help curb the burden of disease. This partnership has also helped to spread awareness of health-related issues. Hopefully, these issues can be addressed in order to meet Health Vision 2020’s goals of providing adequate, long-lasting health systems in Guyana.