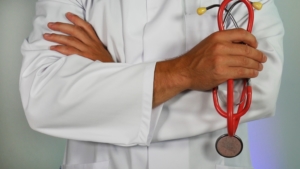 Belgium, located in Western Europe, has a population of 11 million people. One of the smaller European countries, Belgium has one of the best healthcare systems in Europe, ranking in the top 10 European countries with the best healthcare for the past several years. Belgium also spends much of its GDP on healthcare, and only 2.4% of the population has reported an unmet need for medical care.

All healthcare in Belgium is accessible through health insurance. A government-funded mandatory insurance scheme pays for the system and anyone who lives and works in Belgium has access to the country’s healthcare system. Public healthcare receives financing from both health insurance and social security contributions, which comes out of people’s salaries and goes to the state.

When someone is sick and in need of a doctor, they pay the medical fee after the appointment but receive a reimbursement of most of the money.

Though Belgium does have a healthy populace, it is not without problems. As of 2018, 29% of Belgium residents over the age of 14 lived with chronic diseases. This number also increases with age: for example, 44% of the population over 74 years lived with a chronic disease. However, these diseases are preventable with solutions like promoting healthier lifestyles, preserving the environment and facilitating healthcare access. The two most common causes of death in Belgium are cardiovascular diseases and cancer, though both have decreased slightly over the past few years.

Though policies like the maximum-billing system and other schemes ensure some free medical help to lower-class individuals, some still have to forgo medical care when they need it, as out-of-pocket spending is fairly high in Belgium. This is especially the case for asylum seekers or undocumented migrants as there is a fear of others reporting them to authorities.

Another group that deserves special attention in healthcare is the elderly residents of Belgium who make up 19% of the total population. Because many of them require long-term care, the need for long-term care is growing at home and in institutions. The level of care that Belgium’s health insurance covers is dependent on the individual’s degree of dependency with daily activities and if they have any disorientation of sorts. In comparison to other countries, Belgium has well-developed nursing home care services and residential facilities, but there is a growing worry about affordability.

Belgium is making major improvements. It is working hard to enhance not only its health system as a whole but also to better people’s health. The management of rising numbers of residents with chronic diseases is slowly improving as well. There is time to do even more to improve healthcare in Belgium.