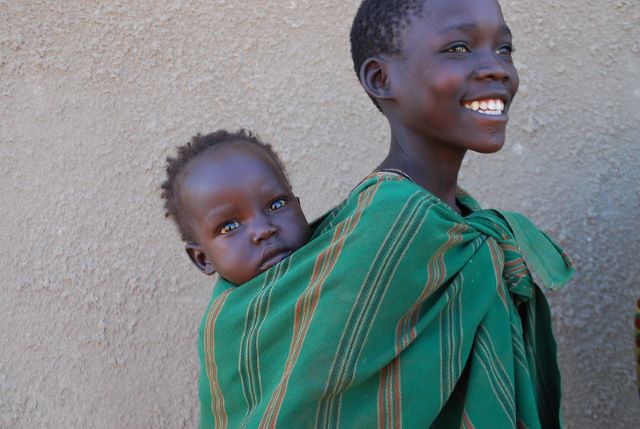 In 2014, Olivia Koburongo lost her grandmother to pneumonia after she was misdiagnosed with malaria by doctors in Uganda. In response to this tragic misdiagnosis, Koburongo and Brian Turyabagye decided to put their engineering skills to the test and solve the problem of pneumonia misdiagnosis and slow diagnoses, a problem which is common in many African countries. With the help of Dr. Cosmas Mwikirize, a professor at Makerere University, they designed the MamaOpe smart jacket, a “biomedical application for early diagnosis and continuous monitoring of pneumonia patients,” according to the company’s website.

Effects of Slow Diagnoses and Misdiagnoses of Pneumonia

Studies show that patients are often wrongfully diagnosed with malaria. Over-diagnosis of malaria means that other life-threatening conditions, such as pneumonia, are not treated. Misdiagnoses end up contributing to the death rate associated with other ailments, including pneumonia. Children, in particular, are adversely affected as pneumonia accounts for 15% of deaths among children under the age of five. Every year, one million children under the age of five die from pneumonia. Pneumonia causes more deaths than malaria, diarrhea and HIV/AIDs combined. In 2015, more than 490,000 children died from pneumonia in sub-Saharan Africa.

Between 2001 and 2016, childhood pneumonia deaths had fallen by only 50% relative to an 85% decrease in childhood deaths due to measles and a 60% decrease in childhood deaths due to malaria, tetanus and AIDS. According to UNICEF, slow or limited progress in the diagnosis and treatment of pneumonia is associated with poor funding for preventative care and treatment management. In 2011, for every dollar spent on global health, just two cents went toward pneumonia.

The MamaOpe smart jacket, which was shortlisted for the prestigious Africa Prize for Engineering in 2017, is designed specifically for children from the ages of zero to five who are particularly vulnerable to pneumonia. “Mama” is shorthand for “Mother,” and “Ope” means “Hope.” MamaOpe thus signifies “Hope for the Mother.” It is also a reference to the 27,000 children in Uganda who die of pneumonia annually.

In order to monitor patients’ chests and heartrates, listen to their lungs and check their breathing rates and temperatures, MamaOpe utilizes a stethoscope, which is embedded in a jacket that patients wear. The jacket covers the patients’ entire chests and sides. It is made from polymer, a material selected to reduce the risk of spreading infection when the jacket is shared among patients.

The jacket itself is connected to an android application on a mobile device via Bluetooth. The technology helps eliminate human error. According to the company, measurements made by the device assist doctors in diagnosing pneumonia three to four times faster than when doctors use a normal stethoscope. MamaOpe displays the results after three minutes of tracking a patient’s vitals.

The MamaOpe smart jacket is still in its prototype and testing phase but reports suggest that the company plans to bring the product to market in 2021. The current cost of the jacket is $60 and the price will likely decrease when full-scale manufacturing begins and the jacket tests successfully in Uganda.

As MamaOpe strives to prevent cases of pneumonia misdiagnosis and decrease the child death rate associated with pneumonia, the company is proving just how important innovation can be in combatting deadly illnesses. If governments ramp up support for pneumonia prevention, management and treatment, the lives of hundreds of thousands of children can be saved annually. 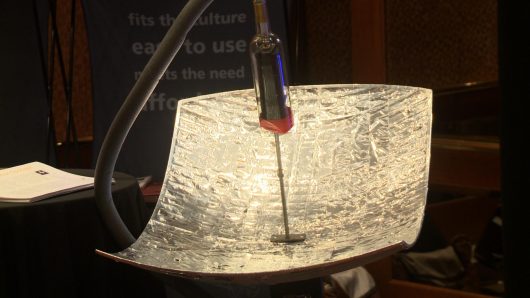 Medical equipment can be very expensive, especially for hospitals and medical clinics in underdeveloped areas. While there are organizations that donate medical supplies to underdeveloped areas, the issue that arises with these donations is the lack of resources needed to run the equipment. Due to unreliable access to electricity and a lack of access to clean water, some equipment cannot be used or even sterilized. There are many companies that create inexpensively-made equipment which is just as effective as more expensive products. Here are six examples of health innovations for underdeveloped areas.

All of these health innovations have provided great support for hospitals and medical clinics in developing and underdeveloped areas at a much more affordable price than what was previously available. While the ultimate goal is to be able to use more expensive equipment, these medical innovations provide a solution to improving healthcare in these areas for the time being.