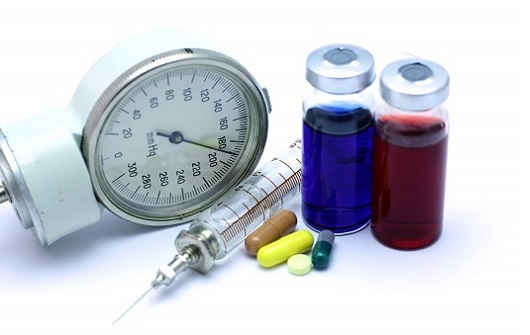 The Duke Global Health Institute will begin a study this year to find cost-effective ways to fight hypertension in South Asia.

The study will enroll 2,500 people from 30 rural communities in Bangladesh, Pakistan and Sri Lanka, where heart attacks and strokes caused by hypertension, also known as high blood pressure, are major causes of death.

“High blood pressure is the leading risk factor for premature deaths globally,” the study’s lead researcher, Tazeen Jafar said. “The findings from [our study] are likely to provide a roadmap for effective blood-pressure lowering strategies that are sustainable…and have the potential for saving millions of lives and reducing human suffering in South Asia and possibly beyond.”

According to the World Health Organization, 82 percent of premature deaths caused by non-communicable diseases like hypertension occur in developing countries. That’s 28 million deaths per year, and health officials say these deaths are entirely preventable.

Jafar’s study will focus on four strategies. The first is to educate patients about the beneficial effects of diet and exercise on hypertension. In addition to regular weekly exercise, diets high in whole grains, fruits and vegetables while low in sodium, saturated fat, cholesterol and alcohol are considered to be the easiest ways to measurably reduce blood pressure.

His team will also attempt to improve referrals to specialists, train doctors to manage high blood pressure with cost-efficient medication and develop special services at clinics to serve patients with hypertension.

They will then compare their results to traditional health care systems to find out if they can effectively fight hypertension in South Asia within the economic means of patients in developing countries.

Reducing hypertension and other non-communicable diseases will be a priority for policymakers over the coming years, as they work towards achieving the sustainable development goals of the 2030 Agenda.

An economic impact study from the U.S. Institute of Medicine suggested related diseases in Brazil have caused up to $72 billion in productivity loss — a problem that persists because these diseases are passed down between generations. For countries in South Asia facing similar consequences, fighting hypertension-related deaths is more than a matter of public health, it is an economic imperative. 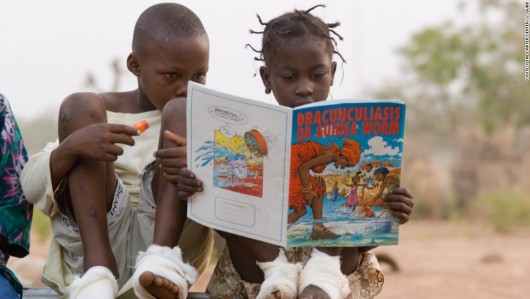 Back in 1999, Nigerian farmer Abdullahi Rabiu faced an agonizing reality. An estimated 84 worms, narrow in form and each of them two to three feet in length, had painfully ruptured through his skin. And there was nothing he could do to stop it.

It’s a cycle: an infected person seeks relief from the painful rupturing of the worms by entering the water. There, the worms release hundreds of thousands of larvae. The larvae are then eaten by tiny water flies barely visible to the human eye. Finally, people who drink from that pond run the risk of consuming the flies and becoming infected with the worm.

In 1986, an estimated 3.5 million cases of guinea worm were reported across 21 countries in Africa and Asia. Since then, the Carter Center, founded by former President Jimmy Carter, has led an international campaign to eradicate the disease.

And they are winning.

After visiting more than 26,300 villages, mostly in sub-Saharan Africa, and training people in health education, the eradication of the guinea worm is not only possible — it’s in sight. Between Jan. 1 and Aug. 31 of this year, only 15 cases were reported across four countries.

“The potential for disease eradication to permanently improve quality of life worldwide is tremendous,” said Dr. Donald Hopkins, vice president for Carter Center health programs. Once a disease that incapacitates people like Rabiu is eradicated, the health of individuals improve and economies benefit from increased productivity.

Eradication of the guinea worm would make it the first human disease to have been wiped out since smallpox in 1980. It stands to be the first disease to be eliminated without a vaccine or medicine.

In the case of guinea worms, the key was as simple as education. People in these communities have learned to filter water, making it safe for drinking. Those who have become infected know not to enter the water.

While it is impossible to predict exactly when guinea worms will be completely eradicated, there is hope to see it gone in the next two to three years at the latest.

Now facing terminal cancer, Jimmy Carter was recently asked what he would like to accomplish before dying. His response: “I would like the last guinea worm to die before I do.” 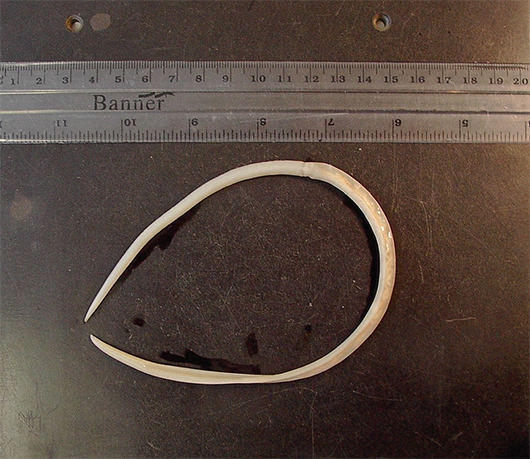 Throughout the developing world, one kind of disease remains more common than any other: worms. In fact, according to The Huffington Post, recent figures have suggested that nearly every person residing in a developing country has some form of worm infection, due to the abundance of worm larva in soil all over the world.

While there are a variety of these infections, one in particular called ascariasis, or ascaris, has become so widespread that, according to the Center for Disease Control, it “account[s] for a major burden of disease worldwide.” In total, 807 million to 1.2 billion people around the world are infected with this parasitic illness, which is also classified as a neglected tropical disease.

It is caused by the consumption of its eggs, which reside in contaminated soil. This happens when fingers that have touched contaminated soil are put in the mouth or if produce has not been properly washed, cooked and peeled.

After ingestion, the eggs make their way to the intestine, where they hatch into larva. The freshly spawned larvae then wait to develop into fully mature worms. An adult female worm can grow up to around 30 cm in length while in the intestine, all while producing eggs that will then return to the soil via the host’s feces.

Upon reaching maturity, these adult worms wiggle through the intestinal wall and make their way towards their host’s lungs through the blood stream. This is where things get even more disgusting. Once near the lungs, they reside by the back of the throat, where they once again lay their eggs and continue the cycle.

Sufferers often do not experience any symptoms, but some of the most common signs of the disease are abdominal pain, coughing, difficulty breathing and fever. In more severe cases, excessive worm growth can cause intestinal blockages. As the worms migrate to the lungs, they are also one of the most common causes of Asthma in the developing world.

Ascariasis can stunt the growth of young children and this age group is also its most common target. When children play in the soil they expose themselves to risk of infection when putting their fingers in their mouths afterward. While usually not lethal, ascaris takes the lives of 60,000 annually, most of which belong to children.

In order to combat this disease, the World Health Organization and many other international aid organizations have attempted mass de-worming efforts. Using the two drugs albendazole and mebendazole, these groups have made progress by treating whole communities.

Another effective way of preventing ascaris does not involve drugs at all and instead relies on health education. These campaigns teach those in afflicted areas how to keep a sanitary kitchen and how to consume food safely, without the risk of catching the disease.

While treatment efforts are ongoing, less than 40 percent of the world’s children in need of treatment have not actually received any. This accounts for more than 850 million children worldwide and stands as one of the largest public health issues in the world. In order to improve the lives of millions, deworming campaigns must carry on. 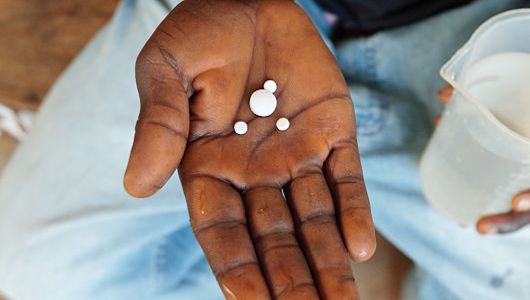 Lymphatic Filariasis (LF), better known as Elephantiasis, is a painful and profoundly disfiguring disease and yet is a fairly common occurrence in poverty-stricken India. In fact, nearly half of India’s population, about 553 million people, is at risk of contracting LF.

In recent years there has been a mass drug administration (MDA) to people living in the poorest communities of the country. This initiative has been created to stop not only LF, but also many other preventable, chronic and debilitating infections known as neglected tropical diseases (NTD).

However, LF is still one of the most particularly challenging NTDs India has yet to face. Although almost half of India’s population is at risk of becoming infected, LF is one of the easiest NTDs to prevent. This could potentially lead to India eliminating LF within the next few years, and the government has increased efforts by launching the largest MDA in the world.

Yet, there has been little change, for most of the members of the poor Indian communities have been unwilling to take the free medicine. This unwillingness is due to little education, lack of disease awareness and risk perceptions, coupled with general public suspicion of the government distribution program.

Over the last 10 years, advances have led to new diagnostic and treatment tools, along with control strategies for dealing with LF. In October 2014, the Indian Ministry of Heath and Family Welfare (MOHFW) launched a communications campaign known as “Hathipaon Mukt Bharat” or “Filiaria Free India” to create and spread awareness about LF and the new tools to diagnose, treat and prevent the spread of the disease.

The initial campaign was a success, leading to a significant spike in people taking the medicine. With nearly 200,000 health workers in 14 of India’s states providing the information and medicine, the MOHFW was able to reach out to over 300 million people.

Today, India has revitalized its efforts with MOHFW’s Hathipaon Mukt Bharat campaign and has continued to work toward eliminating the LF issue. Recently, the Hathipaon Mukt Bharat initiative won a Silver Lion at the Cannes Lions International Festival of Creativity, earning it national praise for the work it has achieved and will continue to achieve within India.