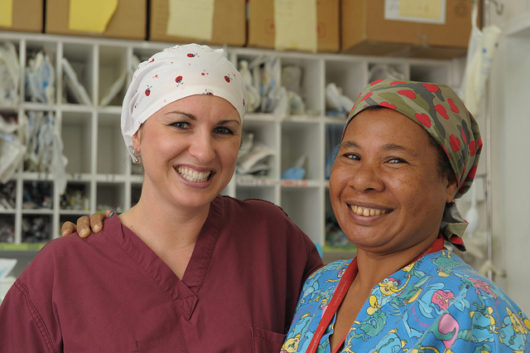 Polio Around the World

Poliomyelitis, or more commonly known as polio, primarily targets children under the age of five. Polio is caused by a virus, which spreads primarily through contact between people. Though the first symptoms are relatively mild, as the infection spreads through the nervous system, it can lead to paralysis, which is the case in one out of every 200 infections. While there is no cure for polio, the disease is entirely preventable. If children receive the polio vaccine for the recommended amount of times, they can become immune to the virus.

Though the global incidences of polio have fallen by more than 99 percent since 1988, polio is still a public health threat to children around the world. According to The World Health Organization, if even one child still has polio, children in every country are at risk for contracting it. Unless polio is completely eradicated, there could be nearly 200,000 new cases of polio worldwide each year over the next 10 years. Because of polio’s highly infectious nature and the great health risks it brings, the international community must focus on vaccinating children worldwide.

An Outbreak of Polio in Papua New Guinea

For the past 18 years, Papua New Guinea was polio-free. Unfortunately, in April 2018, a young boy in Papua New Guinea’s northern region surfaced with symptoms consistent with polio, including lower limb paralysis. The following month, doctors diagnosed the boy with a vaccine-derived poliovirus type one. The single case worsened shortly afterward when stool samples from two children in the same neighborhood displayed the same strain of polio. The National Department of Health of Papua New Guinea and The World Health Organization both confirmed the diagnosis and Papua New Guinea’s polio outbreak.

In the Morobe province, where the first case emerged, only 60 percent of the children had received the approved three-dose polio vaccination cycle. Lack of proper sanitation and clean water also increased the risk of polio contagion in the area since the virus can spread through contaminated food or water. Immediately following the outbreak’s announcement, The National Department of Health, along with the World Health Organization and the Global Polio Eradication, introduced a large-scale immunization campaign.

Papua New Guinea’s Health Secretary, Pascoe Kase, underlined the importance of this vaccination campaign, saying the “immediate priority is to respond and prevent more children from being infected.” Moving forward, Papua New Guinea will work in conjunction with The World Health Organization to continue investigating the outbreak and enhancing the response efforts.

Alongside other donors, such as The U.S., Canada and Papua New Guinea’s government, the Australian government hopes its $10 million donation will curb the current polio outbreak as well as prevent future infectious diseases. All these donations will benefit the country’s emergency vaccination campaign, totaling $21 million. The campaign hopes to vaccinate more than 3.3 million children in the country, with a special focus on children in densely populated areas.

With the donations from Australia, as well as other countries and organizations, the government of Papua New Guinea has enough funding to cover nearly all of the vaccination expenses. Dr. Mills in Euga province, who is also the president of The Society of Rural and Remote Health, remains hopeful that vaccination efforts will eradicate polio in Papua New Guinea once again.

In recent years, funding for immunizations had dropped, leaving many children vulnerable to polio. As he put it, “let’s hope [the outbreak] provides the impetus to refocus our attention on these basic things,” such as consistent vaccinations programs. He emphasizes that to prevent future polio outbreaks, methods of prevention and intervention must be a priority for Papua New Guinea.