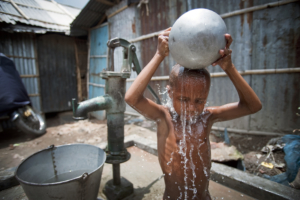 Hepatitis E is a condition where an individual’s liver is inflamed due to infection of the Hepatitis E virus. While it is a serious condition, it often does not receive as much attention as it should; as a result, the disease has proven difficult to eradicate globally. Namibia, for example, has been experiencing a Hepatitis E outbreak since 2017, in which 40 people have died and thousands of others contracted the disease.

5 Facts About the Recent Hepatitis E Outbreak in Namibia

Worryingly, the rainy season is set to begin again in November. Because the virus is most often spread through contaminated water, the influx of water to the country will increase the chances of transmission. Hopefully, as the outbreak grows in severity, the government and the public will respond with renewed vigor to improve the country’s infrastructure and bring the virus to an end.

The current hepatitis E outbreak in Namibia is certainly concerning, but it provides several opportunities for the country to improve its standards of living. By fixing the sanitation infrastructure and water systems, the spread of the virus will slow and the prosperity of citizens will increase. Addressing hepatitis E will also allow the country’s officials to reinforce health care systems against other, more deadly outbreaks.