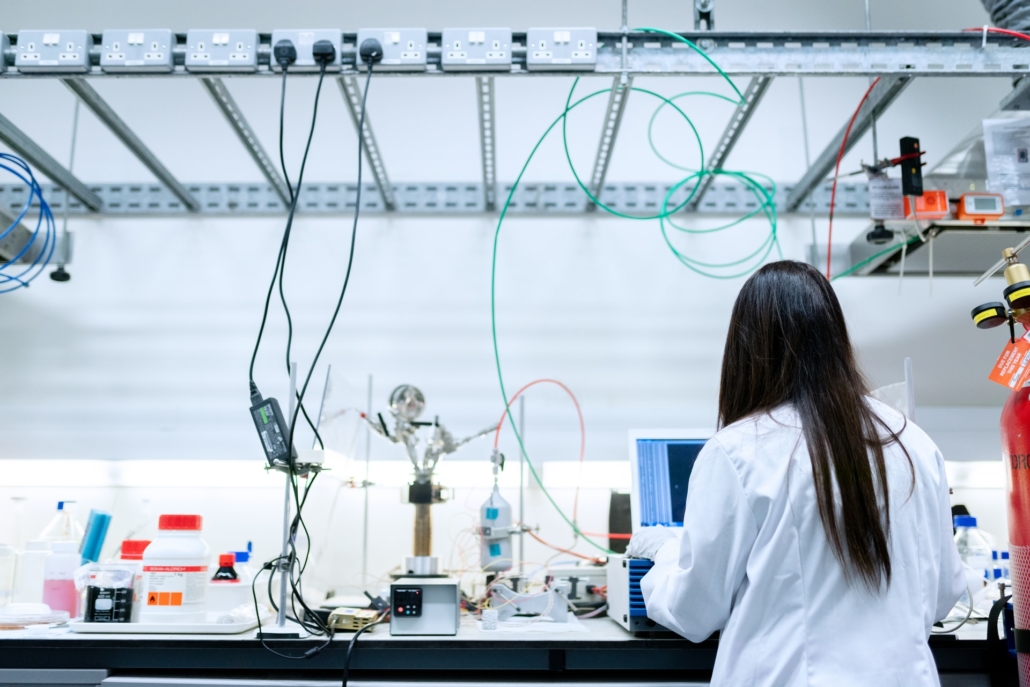 Breaking down barriers preserved by societies for centuries, these inspiring scientists and doctors are among the many women improving global health. As they make the world a better place, these four revolutionary women are inspiring females of every generation to do the same.

Human rights activist and one of Somalia’s first female gynecologists, Dr. Hawa Abdi was committed to providing free health care to her community and fighting for the rights of women and children. Fearlessly helping others and persevering despite countless dangers, she helped thousands of people seek refuge in her lifetime.

Her mission started as a child when she watched her mother grow ill and pass away during childbirth. Feeling helpless, she was determined to prevent others from feeling the pain she felt as a child. Abdi began working as a physician and caring for people in a one-room clinic she founded on her family’s land.

Abdi created a haven for thousands of Somalis who were fleeing from fighting and famine during the Somali Civil War. As problems grew, so did her tenacity and force. Soon, the one-room clinic turned into a 400-bed hospital. Studying law, education and agriculture, Abdi fought against poverty and inequality in her community. She set up farming to secure food for Somalis, fished to feed children and fought for justice and equal rights.

She lived through wars, was taken hostage and witnessed up to 50 people die a day. As a winner of the BET Social Humanitarian Award and a Nobel Peace Prize Nominee, she is celebrated for her work as one of many women improving global health. Her legacy lives on through the Hawa Abdi Foundation and her two daughters, who are also physicians.

A strong and influential woman from Uganda, Godliver Businge was the only female in her civil engineering program and graduated at the top of her class. A childhood with struggles like hauling water daily, having to miss class and experiencing inequality as a girl motivated Businge to make a difference in her community and empower women.

Determined to eliminate polluted water and reduce the hours women spent collecting it, Businge co-founded the Uganda Women’s Water Initiative with Comfort Jarja. As head technology trainer, she taught over 300 women in Gomba, Uganda to construct rainwater harvesting tanks and Biosand filters. Thanks to these filters, fewer children suffer from diseases normally found in contaminated water like hepatitis A and typhoid. With healthier kids, Gomba’s school absenteeism rate has dropped by nearly two-thirds.

Businge also works in hygiene technology, building specialized toilets, promoting WASH programs and developing hydro-electric schemes to generate electricity. She is devoted to inspiring women to be independent and resourceful while shattering gender stereotypes. In addition to training women and girls to build sanitary toilets for their communities, she encourages females to pursue education and engineering professions and become women improving global health.

Dr. Hayat Sindi of Saudi Arabia recognized the staggering amount of people dying around the globe without tools to detect, monitor and treat medical conditions. Sindi became the first woman from the Persian Gulf to receive a doctorate in biotechnology and now works to solve this problem.

As the co-founder of Diagnostics For All, Sindi helps create and deliver low-cost diagnostic tools to developing communities. These tools include a Magnetic Acoustic Resonance Sensor (MARS) and a device that can detect breast cancer. Because the devices don’t require electricity or even a trained doctor, the most isolated and impoverished communities can utilize Sindi’s life-saving inventions.

As a key figure in the science community, Sindi serves as senior advisor to the Islamic Development Bank’s president of science, technology and innovation. She has won many awards, including the Makkah Al-Mukarama Prize for Scientific Innovation, and was chosen as an Emerging Explorer by the National Geographic Society. Through her work, Sindi aims to empower women to pursue education and science careers and join her as women improving global health.

In an Ethiopian village where girls were married off young, Dr. Segenet Kelemu chose education instead and became the first female from her village to get a college degree, despite coming from a humble farming family. Kelemu made it her mission in life to improve agriculture in Africa and better the lives of others.

Kelemu is now a molecular plant pathologist and scientific leader. Her analysis uncovered how plants survive common threats like changes in climate, drought and pests. This trailblazing research led to new applications of biotechnology, helping farmers yield more crops and secure ecosystems. In doing so, Kelemu’s work improved food security and helped break the cycle of poverty, making her one of many women improving global health.

Dr. Kelemu holds many accolades, including the Woman of the Decade in Natural and Sustainable Ecosystems Award from the Women Economic Forum and the L’Oréal-UNESCO Award for Women in Science. She is also recognized as one of the Heroes in the Field by Bill Gates for using her talents to fight hunger, disease and poverty.

Working for a Better Tomorrow

Despite many challenges and social constructs, these women made new things possible for the benefit of their communities. Although they come from different regions, their missions are similar: to empower women to educate themselves, enhance the community and help others at all costs. These brilliant women improving global health are also fighting global poverty in turn.