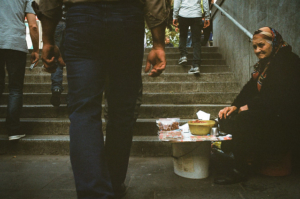 Documentaries are a form of film or television which take advantage of the entertainment platform to inform audiences of important issues through a more gripping means. They range in topics from technological innovation to the controversial beauty industry. Many documentaries have also focused on another major issue of today: global poverty. Below is a list of the top five documentaries about poverty as of 2019 and where to find them.

Top 5 Documentaries About Poverty and Where to Find Them

Art and media can become a platform for the voiceless. In these five documentaries about poverty, the lives of the underprivileged are documented for the rest of the world to face. If people want to help, but they don’t quite know where to start, then they must take the first step to get informed. Any of these documentaries could be a place to start.