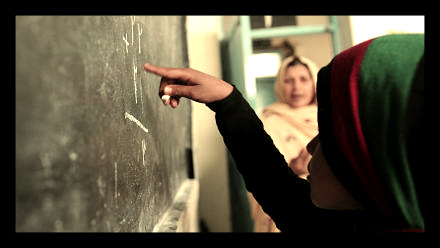 Americans are used to standardized education programs. The biggest U.S. federal education initiative of the last two decades, No Child Left Behind, utilized universal testing measurements to assess school performance. However, applying the broad pedagogical values of American-style education to educational programs in developing countries does not appear to be a viable solution.

In a recent op-ed in the Huffington Post, World of Children Award co-founder and board chair Harry Leibowitz wrote that the most effective global education programs are those which take local needs into account.

“Our experience is that standardized programs ignore the background of various socio-economic groups, special needs children and the vicissitudes they face in early childhood and on a day-to-day basis,” Leibowitz wrote.

Leibowitz cited the case of a World of Children Award Honoree in Nepal to demonstrate the value of adaptive educational programs. According to Leibowitz, the Honoree surveys the local job market every two years, in order to determine what jobs will be available in the near future. He then builds his educational programs to train students in skills specific to those jobs.

The results speak for themselves. According to Leibowitz, 95 percent of students attain gainful employment and remain employed after five years. This ensures self-sufficiency, productivity, a healthier lifestyle and, for women, the postponement of marriage and childbirth.

With the World of Children Education Award, which will carry a stipend of at least $75,000, Leibowitz hopes to encourage the use of creativity in adapting education to the specific needs of students in different geographical and cultural environments.