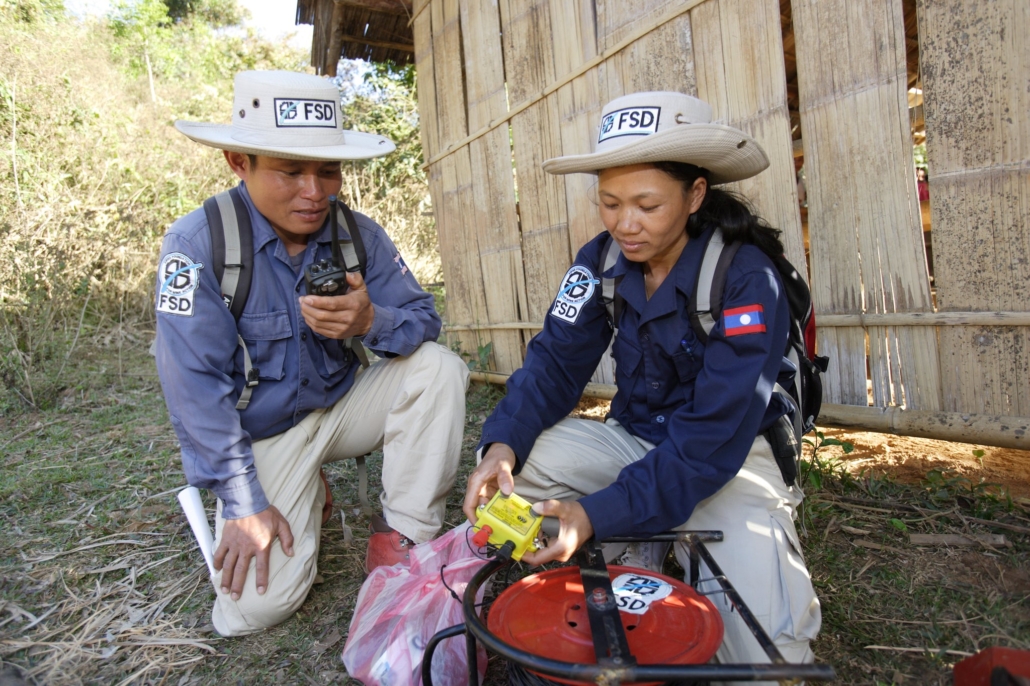 During the Cold War, the policy of containment dominated U.S. foreign policy. The policy of containment is the concept that one can most effectively combat communism by fighting it whenever and wherever it appears. Vietnam came into the crosshairs of the U.S. because the U.S. feared the Soviet influence that was taking hold of the country. Evidently, this policy barely distinguished between neutrality and open hostility and led to the use of agent orange and the U.S. bombings of officially neutral Cambodia and Laos.

As of 2021, injuries and fatalities because of the campaigns number nearly 64,931 people in Cambodia, 25,000 people in Laos and more than 100,000 people in Vietnam. The crisis at hand is that the legacy of these wars is still severely impacting people living in Southeast Asia. A notable amount of bombs did not detonate on impact, UXOs (Unexploded Ordnances), and these UXOs are still taking lives in Laos, Cambodia and Vietnam today. The estimated percentage of ordnance that did not explode that remain are respectively 25% for Cambodia, 33% for Laos and 10% for Vietnam.

Agent Orange was a mixture of herbicides created to eliminate vegetation that the U.S. military sprayed in Vietnam and along the Ho Chi Minh Trail, a trail that spills over into Cambodia and Laos, with the intent of killing vegetation that guerilla fighters were using for cover. By the end of the Vietnam war, the U.S. had sprayed more than 11 million gallons of Agent Orange on Vietnam, with spray drifting into Cambodia and Laos.

The agent resulted in generations of birth defects and chronic health issues including cancer, heart disease, shortened or missing limbs and developmental disabilities that affect both those who had exposure to Agent Orange and their descendants. The damage from the usage of Agent Orange is extensive, for it still deteriorates the health of hundreds of thousands of people and their children in Vietnam, Cambodia, Laos and the U.S. in the case of veterans who served.

Ameliorating this situation has an added difficulty, the State Department has a split stance. The VA publicly concedes that Agent Orange spray did drift into Cambodia and Laos. Upon being asked about dioxin [Agent Orange], a State Department spokesperson responded that “The legacy of dioxin is a complex issue; and one that the U.S. and Vietnamese governments have collaborated on since 2000,” exclusively referring to Vietnam when Laos and Cambodia have also experienced the effect of how U.S. usage of Agent Orange complicates global efforts to right the wrongs.

One State Department partner making a difference in Cambodia and Laos is the HALO Trust, a notable humanitarian landmine and UXO removal organization. Thanks in part to the advocacy efforts of the HALO Trust, there was an increase in Congressional funding for demining efforts in Vietnam and the region, $7 million for Vietnam and $25 million for the region. The combined efforts of the HALO Trust and their local community partners led to the remarkable achievement of dismantling over 575,000 landmines and UXOs in Cambodia and Laos.

Dr. Charles R. Bailey, head of the Ford Foundation and agricultural economist, funded a study that led to a monumental breakthrough in fighting Agent Orange. Until this study, there was widespread fear and uncertainty pertaining to how to deal with Agent Orange. However, this study led to the discovery that dioxin [Agent Orange] was no longer a danger in the general landscape of Vietnam, rather it was concentrated only in a few hotspots. This discovery is what made it possible to clean up Agent Orange contaminations so the people of Vietnam, Laos and Cambodia can finally begin to heal from this wretched legacy of war.

Additionally, this discovery got the legacy of the Cold War in Southeast Asia into American policy circles, executive and Congressional. As Dr. Bailey recalled his time in Vietnam in the late 1990s, he found U.S. diplomats in the embassy were under the direction of the State Department to not even utter the words “Agent Orange.”

The nature of the debate has surpassed this point in the past 20 years, hence the bipartisan support that has come to the floor for funding UXO removals and Agent Orange clean-ups. As of 2022, the U.S. government has spent $400 million to address environmental cleanup and health effects of Agent Orange with the money going towards clean up and persons with disabilities in Vietnam since 1991. This development presents a promising shift in U.S. foreign policy, taking greater responsibility for the legacy of its war in Vietnam. A hopeful start towards extending not only UXO removals to Laos and Cambodia, but also a recognition of the need to fight Agent Orange in the countries as well.