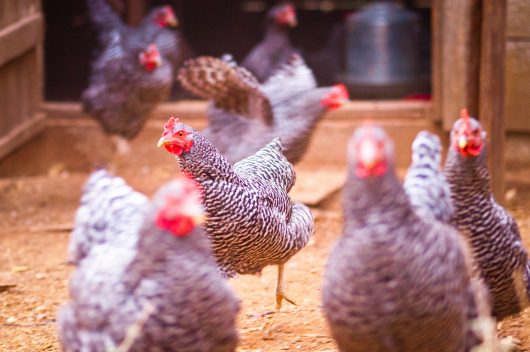 When the 2010 Earthquake left 1 million Haitians homeless and more than 600,000 injured or killed, the international community responded en masse. That response has continued over the years, as the effects of the earthquake continue to compound the preexisting battle with combating poverty in Haiti.

As that response evolves, many aid sources are focusing on entrepreneurial aid which produces business. Micro-loans for mobilizing small-scale chicken farms are one example of the business-aid model in action that exists to combat poverty in Haiti.

KORE Foundation supports impoverished Haitians by doing just that. Their investments enable families to establish chicken farms, with the generated business often increasing their annual income by 400 percent or more.

When these families are then able to repay the initial loan, the funds are reinvested in other Haitian families. In keeping with the foundation’s mission of going “beyond relief,” this model is combating poverty in Haiti by funding self-sufficiency. In addition, it keeps relief funds at work by promoting a cycle of reinvesting dollars into the community.

Supporting small-scale chicken farmers does more than allow Haitians to provide for their families as entrepreneurs. In a country where two-thirds of children are malnourished, the increased availability of poultry and eggs represents an invaluable source of dietary protein.

Organizations active in offering micro-loan aid in Haiti often provide business skills training as well, like the partnership between Love a Child and Open Hand. The duo provides micro-loans to other Haitian business owners interested in economic growth.

Through financial mentorship, the organization provides recipients management skills as they grow their businesses and repay their loans. These micro-loans support the average Haitian who would not otherwise qualify for bank loans, preventing them from having to turn to micro-loans that charge interest rates approaching 40 percent.

Combating poverty in Haiti represents no small task. As the poorest country in the Western Hemisphere, the need for investment in families’ ability to generate a stable income is dire. With 78 percent of the country’s inhabitants living on only $2 per day, generating sufficient income is an everyday difficulty. Two-thirds of the country’s labor force hold informal jobs, making stability an important goal for aspiring business owners.

In the six years following the earthquake in Haiti, many members of the international community have questioned how to offer effective humanitarian aid. Among the largest concerns are the well-meant actions (like rebuilding local schools and offering free health services) out-competing local laborers and unknowingly robbing these locals of an income. 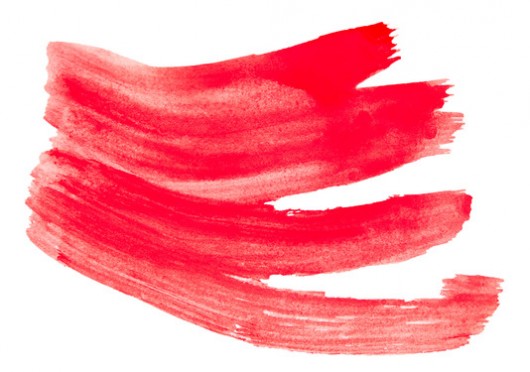 Haiti was thoroughly unprepared when the 7.0 magnitude earthquake hit on January 12, 2010. The earthquake devastated the island, leaving millions homeless. Below are the 10 most important facts about the Haiti earthquake.

Even before the earthquake, Haiti was one of the poorest countries in the world. Haiti ranked 145 out of 169 countries in the UN Human Development Index. Over 70 percent of the population was living under the poverty line.

Death toll estimates vary anywhere from 220,000 to 316,000. Over one million people were initially displaced, and about 500,000 remain homeless today.

Despite being built upon a major fault line, Haiti had no building codes and therefore no way to ensure buildings are safe from earthquakes. As a result, Haiti’s infrastructure was demolished. Nearly 300,000 homes were badly damaged or destroyed. The earthquake struck near the capital city of Port-au-Prince, destroying many of the most important government buildings, hospitals and roads.

Over 4,000 schools were damaged or destroyed, amounting to about a quarter of the island’s schools.

Unrelated to the earthquake and significantly exacerbating the problem, a cholera outbreak occurred in Haiti in October 2010. As of June 2013, 8,173 people have died from cholera in Haiti with 664,282 cases total.

6. Foreigners Caught in the Quake

Ninety-six UN peacekeepers died in the earthquake, along with 122 American citizens.

The international community proved to be remarkably empathetic towards the crisis in Haiti. From 2010 to 2012, international donors raised an eye-popping $6.43 billion for Haitian reconstruction. In addition, USAID contributed $450 million in aid to Haiti.

So far, aid organizations have rebuilt about 21,000 houses and made 100,000 temporary shelters. Fifty percent of the rubble has been removed and 650 schools have been repaired. In addition, the American Red Cross has provided 369,000 people with clean water, 2.4 million with health and hygiene education and three million with cholera treatment and prevention.

The road to reconstruction has been bumpy. Issues with transparency and oversight have made it difficult to track where the reconstruction funds have gone. Seventy-five percent of all foreign aid has gone directly to NGOs that spent the money inefficiently and with few results. Experts say that it will be another 10 years before “serious results” can finally be seen.

Only half of the money that international governments promised has been paid. In addition, half the money that American donors raised has yet to be spent, and the American Red Cross still has $150 million left to use on “long-term projects.”

Though many of these facts about the Haiti earthquake make the situation seem dismal, there is hope that the reconstruction effort can right this ship. Though it will be many years before Haiti is finally on calm seas again, long-term plans have been set in motion to ensure that Haitian reconstruction is going forward as quickly and as efficiently as possible.

The January earthquake that struck Haiti in 2010 killed over 230,000 people and displaced 1.5 million. Soon after, the country suffered a mass outbreak of cholera; squalid camps were set up for refugees and Haiti sent out a call for help. Three years later the cholera epidemic has been stifled and the number of people living in these camps has dropped by 91 percent.

This is all due to the aid of foreign communities such as USAID and the Office of Foreign Disaster Assistance (OFDA) who sent a cumulative total of $450 million to “build it back better”.

The U.S. led the way in cleaning out Haiti’s coastal waters; Oxfam provided clean water to half a million people living in camps and supported the creation of work programs that put cash into the hands of refugees; the United Nation’s Population Fund (UNFPA) distributed safe birthing kits to expectant mothers; Médecins Sans Frontières/Doctors Without Borders opened a round-the-clock free clinic; UNICEF vaccinated more than three million children while integrating cholera-prevention into school curriculums; and the local government used funding to move those who had lost their homes out of refugee camps and into permanent structures.

There are those who would say the U.S. could have acted faster, and that we spent more than was needed. However the fact that Haiti, a small and deeply impoverished fixture of the developing world, could be re-stabilized and rebuilt greater than its former state in just over three years after such a disastrous setback is nothing short of miraculous.

Clément Bélizaire, director of the government’s camp relocation and rehabilitation program, says, “Since 1986, this the first time I’ve seen so many projects being implemented, and in many ways, a lot of neighborhoods today are in much better shape than before the quake due to significant investments made in infrastructures.”

Today there are 137,533 registered earthquake survivors in 243 camps sites, a monumental drop from the thousands of slum-like camps that used to clog the country. More Haitian children are in school than ever before, and the overall population of undernourished children has dropped. It can be hard to believe, but Haiti is now on the forefront of countries revolutionized by foreign aid, and countries like India and the Philippines are hoping to follow in its footsteps.

It is an important question that continues to factor in how each relief agency uses its funding: whether aid should be used mainly to stimulate economic growth or to provide for the basic needs of struggling and vulnerable people.

The history of international aid seems to have been forged by colonizers like Germany, France and Britain providing support to foster economic development in the colonies.

This system has survived to this day, but is it the right system? In other words, does it provide the most good to the most people? If aid helps build economies, in many senses it goes from the top down, as money is distributed from the private sector to employees. However, much can happen to the money as it trickles down.

It would seem that the best thing would be to cut out the middleman and give the money directly to the institutions that know the impoverished intimately and have the ability to provide for the needs of the people. Following the Haitian earthquake in 2010, only 10% of the $6 billion in aid was given to the Haitian government.

National and local institutions are essential in providing basic amenities to the poor, such as healthcare and clean water.

Instead, funding is being channeled into dead investments, such as job training for jobs without living wages. Relief agencies need to partner with local institutions with the goal of eventually handing off the responsibility of distributing the funds if they hope to make a lasting and beneficial change in the lives of the poor.

Although the problems faced by the world’s poor stay the same- lack of food, housing, healthcare, clean water, etc.- the potential resources that can help are different. This is why results-based programs are so important. Given proper information, relief agencies are better able to fulfill the needs of the poor. The best solutions seem to happen when donors partner with national and local institutions to attack the underlying barriers that exist in moving out of poverty.