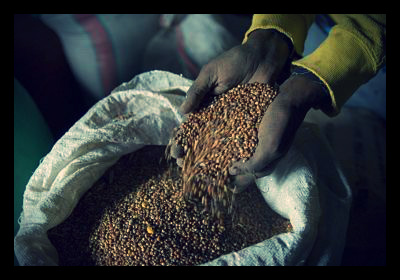 Edward Wytkind’s new plan for foreign aid might hurt people. It’s probably not his intention to do so, but if he gets his way, lives will be lost. By inserting a destructive rider to H.R. 4005, the Coast Guard and Maritime Transportation Act of 2014, Wytkind has taken the first step to sidetrack millions of dollars of food aid. So who is Edward Wytkind and why does he want to move money away from food aid and into the shipping industry? Simple, he’s a lobbyist.

Wytkind is the president of the Transportation Trades Department, AFL-CIO (TTD), a labor organization based out of Washington, D.C.  This organization has been lobbying hard following a move by Congress to remove previous restrictions that required the majority of food aid to be shipped via American vessels. The move by Congress increased the amount of aid getting to the people who need it but removed an easy source of income from the shipping industry. It’s no wonder that Wytkind, who is transportation labor’s chief spokesman in Washington, worked so hard to get this measure put back.

One of the first and foremost duties for food aid is to feed people. This is a no-brainer. For all the benefits of food aid that the world enjoys, the mission remains to provide meals to people in need. This is most often achieved through short-term direct aid mixed with long-term build up of sustainability practices. Any modifications to a program that result in a net reduction in the amount of aid making it into the hands of the needy will need significant justification.

The rider inserted into H.R. 4005 does not have that justification.

The bill mostly concerns matters of shipping and Coast Guard activity. Readers who are curious about the upcoming budget for maintaining operations in the Coast Guard or who need clarification of what constitutes “high risk waters” when shipping goods by sea need look no further. Tucked away in the language of the bill is a small provision that mandates 75 percent of all food aid be shipped exclusively through American vessels. What this translates to is 2 million individuals throughout the world who will not be receiving food aid should the bill pass.

Let that sink in for a moment; 2 million people who would have received aid at a critical time in their lives might not because of one man working on behalf of special interests.

The money set aside for food aid is best spent buying from suppliers near where the aid is headed. Shipping goods becomes expensive, and by minimizing the logistical costs the dollar to aid value increases. This is basic business. If your goal is to deliver aid, as is the goal of the food aid programs in the U.S., it only makes sense to get the most value for money spent. Should H.R. 4005 pass, the American taxpayer is purchasing $75 million worth of overhead instead of the aid the money was originally slotted for.

Of course, taking money from other programs and cramming it into the shipping industry is exactly what Wytkind wants. In an article published in the Wall Street Journal, Wytkind is quoted as saying, “If you’re going to use public resources to engage in humanitarian aid, you should do so while maximizing the use of the U.S. industries and to create good jobs in this country.” In other words, why invest in humanitarian aid when we can simply give the money to U.S. shipping?

What Wytkind fails to mention is that there are other bills that do just that. H.R. 4105, the Maritime Goods Movement Act, specifically addresses American shipping without stealing money away from other programs. Legislation that address an issue directly, like the original H.R. Why Wytkind feels that humanitarian aid programs are less deserving than the shipping industry is anyone’s guess.