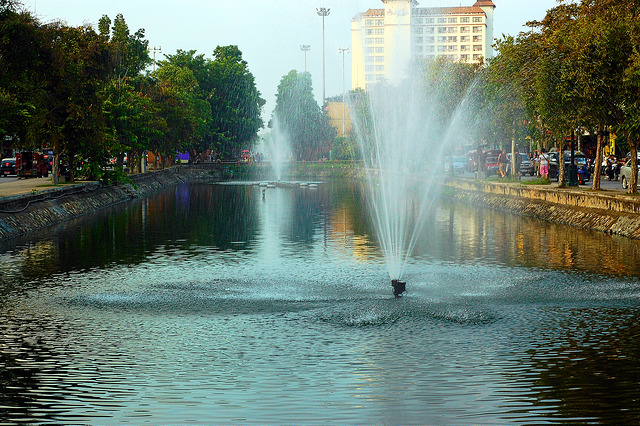 Located in Southeast Asia, Thailand has a population of just over 69 million. While population has increased over the years, water quality in Thailand has declined, yielding health risks if water is not purified before consumption.

There are approximately 43 million Thai people drinking contaminated water, allowing diseases like diarrhea, typhoid and dysentery to enter their system. This water is contaminated primarily by pollutants disposed into rivers and streams. When water is extracted from these rivers and streams for consumption, the pollutants negatively impact the health of the consumer.

Water quality in Thailand varies throughout the country. In the city of Chiang Mai, located in northern Thailand, the main concern is drinking water. In an interview with Gwang Elusive, a resident of Chiang Mai told The Borgen Project that tap water is used for “gardening, showing, washing…everything but drinking.” In order to get purified water, Gwang occasionally uses water purifiers and drinking water machines. However, her main source of purified water is from bottled water.

Every week, cases of filtered water are delivered to her through the company Wang Nam Kang. With an average cost of 40 baht, or $1.17, per twenty bottles of water, Gwang is able to safely receive the hydration she needs. She drinks an average of two to three bottles a day and recycles the bottles after each use.

Water bottle companies filter their water through various purification processes in order to rid the liquid of contaminants. Many companies perform purification through reverse osmosis. In this process, water is filtered until impurities and large particles are removed from the liquid. Reverse osmosis offers a quick and cheap solution to purifying water, which in turn allows for residents like Gwang to receive enough water to last her a week at a reasonable cost.

The majority of Thailand’s residents have accepted the idea of drinking bottled water; executive director of Ecological Alert and Recovery Thailand (Earth), Penchom Saetang, has not. Although water quality in Thailand has improved according to the country’s annual pollution report, water pollution is still a red flag as it continues to threaten the Thai people.

A new law, the Pollutant Release and Transfer Registers law, is currently being created. This law would require agricultural operators to identify all pollutants in the wastewater that is being released into rivers outside of their property. Ultimately, the law would allow for the government to locate who is contributing most to the water pollution in order to reduce the problem.

As for industrial factories that produce drinkable water, stricter monitoring of wastewater would be implemented to ensure water treatment is being done properly. Surprise inspections would ensure that companies adhere to the strict water purification regulations.

In 2016, a surprise inspection was performed and only a few wastewater management factories out of 35,000 failed to pass inspection. The inspection agency continues to hold a strong stance on passing regulation with the threat of company shut-down if inspection is not passed. Industrial factories are continually encouraged to reuse, reduce and recycle water in order to decrease the amount of wastewater that is disposed into rivers.

The Thai government is continuing to work towards finding more ways to reduce the amount of pollution in their water, but until then it is the responsibility of the public to drink with caution.