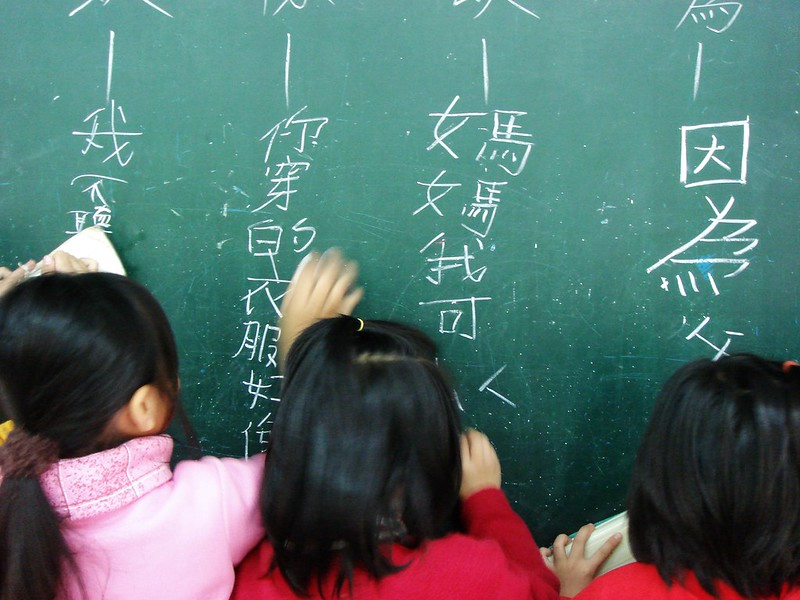 China has the largest education system in the world, and education investments make up 4% of the country’s annual GDP. But despite China’s reputation of striving for academic excellence, the country’s rural-urban education gap is widening, and those in poverty are being left behind. After a passing a certain grade level in school, there are no guarantees for rural students to continue their education as easily as their urban peers. This rural-urban education gap helps perpetuate China’s large divide between social classes.

China’s government has a mandatory nine-year education policy that allows Chinese children to attend school at no cost from grades one through nine. But after completing primary school, impoverished children are at a much higher risk of dropping out than their urban counterparts. The income level for rural regions is three times less than that of urban regions, yet residents from both areas are expected to afford tuition, books and other educational fees. High school becomes the financial responsibility of families, but upon reaching this level, 60% of rural students have already dropped out because of the costs.

Many rural parents play a game of risk when considering their children’s education. When parents ultimately decide to leave for higher salaries in urban areas, around 60 million children are left in villages to live with relatives and attend school. But while parents’ intentions are to earn money for their children’s schooling, this lack of parental supervision for these “left-behind” children accounts for over 13% of school dropouts by the eighth grade.

The COVID-19 pandemic may increase China’s rural-urban education gap. Only 50% of students in rural regions have undisrupted access to online classes, with one-third of those students being completely cut off from learning. On the other hand, only 5.7% of urban students have zero access. The issue stems from households lacking computers and strong internet connections — a problem that hits rural children the hardest. For example, 40% of students in urban regions own a computer, compared to only 7.3% of students in villages.

Local governments are responsible for financing education in their regions, but those in rural areas often experience financial shortages. Without governmental support, families are left to pay for further schooling but lack the means to do so, resulting in dropouts and poor educational quality. Rural schools are usually staffed with fresh graduates, who are cheaper to hire, but who lack the teaching abilities and experience to properly develop young minds. Incredibly low salaries lead to a high turnover rate in rural communities, with educators in one county reported at earning only 2,500 yuan ($358.79 USD) per month.

Classroom instruction is also difficult with inadequate teaching supplies. While urban classrooms use up-to-date technology in large spaces, rural classrooms lack basic resources and include cramped rooms for students to sleep, because most travel far from their villages to attend school. Without experienced teachers and stimulating learning spaces, the few rural students who can pursue higher education do not make it as far as their urban peers. Less than 5% of rural students are admitted to universities, while over 70% of urban students attend, contributing to China’s rural-urban education gap.

China’s rural-urban education gap falls directly in line with the United Nations Sustainable Development Goals, which target unequal education and the disparaging effects of poverty. The U.N. is working with China to end wealth disparities in education and promote inclusivity in classrooms. The World Bank is also financing efforts toward mending this gap, including support for the Guangdong Compulsory Education Project. This project’s mission, enacted in 2017 and set to finish in 2023, focuses on improving classroom equipment and teaching quality in public schools. According to the Ministry of Education, 99% of school-age children complete the mandatory nine-year school policy. The World Bank pledged $120 million for this program, which will advance learning from grades first through ninth, helping rural children receive a more comprehensive education while school is still accessible to them.

With China’s current education system, rural children struggle to finance and pursue higher learning. As a result, the rich remain rich and the poor remain poor, perpetuating intergenerational poverty. China’s rural-urban education gap remains a challenge, and changes must be made. As education in China improves, poverty will decrease and millions of children can hope for brighter futures.