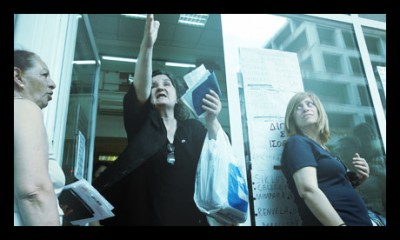 The turmoil in Greece is beginning to have a dramatic effect on the healthcare of its citizens. Many pharmaceutical drugs are in extremely short supply; the government has accused the producers of halting shipments due to the current low prices in Greece. The medicine shortage has resulted in a feeling of panic across the country, as many Greeks cannot obtain the drugs they need on a daily basis.

From the corporations’ perspectives, these low prices would create opportunities for someone to purchase large quantities of drugs for a pittance in Greece. This middleman could then turn around and sell to the rest of Europe, where prices are higher, thereby drastically cutting into the profits of the drug makers.

The government, of course, is concerned with making sure that all its citizens have access to the medications that they need. Drugs for “arthritis, hepatitis C and hypertension, cholesterol-lowering agents, antipsychotics, antibiotics, [and] anaesthetics” are all in short supply — a recipe for a public health crisis.

The Secretary-General of the Panhellenic Pharmaceutical Association, Dimitris Karageorgiou, claims that drug “supplies are down by 90%,” calling the entire situation “a disgrace.” To solve the problem 0f medicine Shortage, drug companies want the government to implement a new pricing system so that middlemen will not be able to exploit price differentials between the European states. Hopefully, this standoff can be resolved so that Greek citizens can get access to the medications that they so desperately need.