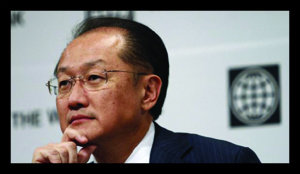 Over the past ten years, the poverty rate in Africa has declined by 1% each year which is an impressive figure by World Bank standards.  In the past three years, 9 million people have been lifted out of extreme poverty which is defined as living on US$ 1.25 a day or less. Africa, as a continent, is boasting impressive economic growth rates which have led to the rapid decline in absolute poverty levels. The World Bank has placed Africa at the core of its strategy to end poverty and increase prosperity among nations. According to World Bank president Jim Yong Kim, Africa’s economic growth has played a major role in the reduction of poverty. However, African nations are complex, varied, and full of a wide range of development opportunities. Sub-Saharan Africa is one of the success stories in the arena of global development. In 1993, sub-Saharan Africa was posting barely a 1% growth rate and had some of the highest levels of poverty in the world. By 2012, the region had a 4.7% growth rate and was home to 10 of the fastest growing countries in the world. Part of the success is attributed to the strong economic policies African nations have put into place such as those in Zambia. The World Bank will continue to partner with African nations to serve the world’s poor and help lift nations out of poverty. Though there is much success, Africa is still home to nations with poverty rates higher than 60%. Progress in those nations is slower, but equally as important. Strategy in the future will include a commitment to nations rebuilding after conflict. Jim Yong Kim believes history is being made and eradicating poverty in Africa is within reach. – Amanda Kloeppel