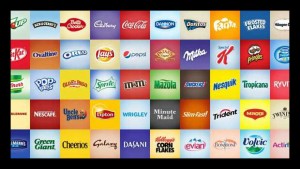 PepsiCo, Nestle, and Kellog’s are just a few of the brands that many people are familiar with and have most likely purchased from in the past week. These are also brands ranked by Oxfam’s Behind the Brands campaign, a movement aimed at informing consumers on the living conditions of the farmers who are providing these companies with their products. The question posed by the campaign is: “what are they doing to clean up their supply chains?”

Currently, we are in a food, energy, and climate crisis. Drastically increased food production and energy investments are needed by 2030 to meet projected growing demand. Competition for land and water consumption is quickly increasing as well. Inescapable complications due to climate change will further add to all these problems. Most of the impact of resource scarcity and climate change will fall on the poor living in developing countries that are more susceptible to rising prices for food and fuel. Behind the Brands is bringing awareness about the 500 million farmers in developing countries who work to produce food for 2 billion people.

Quite recently, Oxfam released a briefing paper on the “Big 10” food and beverage companies, assessing how well they regarded the workers who supplied the land and labor that made these companies prosperous. The companies that make up the top 10 include Associated British Foods, Coca-Cola, Danone, General Mills, Kellogg’s, Mars, Mondelez International (previously Kraft), Nestle, PepsiCo, and Unilever. Oxfam released scorecards critically assessing the social and environmental policies of these companies and called on them to create a “just food system.” Seven themes make up these scorecards: transparency, women, workers, farmers, land, water, and climate. The lowest of the Big 10 ratings were General Mills, Kellogg’s, and Associated British Foods with grades of 23 percent, 23 percent, and 19 percent respectively, with low scores on land, women, and farmer rights.

On International Women’s Day on March 8th, activists nationwide organized  to advocate for justice for women cocoa farmers working for the top 3 big chocolate companies of Nestle, Mars and Mondelez, which buy more than 30% of the world’s cocoa supply. Chocolate is a $100 billion industry, yet most of the cocoa farmers working for these companies survive on less than $2 per day. Earlier this month, Oxfam received a response from Nestle, which currently holds a score of 54% with high ratings on transparency, water and climate but low ratings on land and women.  In the form of a public letter, Nestle affirmed their commitment to alleviate problems of gender inequality and make a commitment towards sustainable and just practices. As the result of Oxfam’s efforts, Nestle’s supply chain structure is currently being amended with the idea of a “human rights approach together with a human development approach” in mind.

The policies implemented by these companies could do much to lift the people that work with them out of poverty. Both Nestle and Mars have agreed to work with Oxfam to improve their policies. Oxfam will continue reaching out to Nestle, Mars and Mondelez to address issues of human rights and sustainability. Behind the Brands is intended to be a continuous effort, acting as a watchdog by constantly reviewing companies’ performances on the indicators that make up the scoreboard.

Behind the Brands is part of Oxfam’s global GROW campaign which is on a mission to accomplish two objectives: an end to global hunger and to live within the ecological boundaries of our planet. The earth’s growing population is projected to reach a total of nine billion by the year 2050. The GROW campaign hopes to build a better food system that will allow us to sustainably live within our means and empower the poor to prosper. At the core of the GROW campaign is the idea that it is unacceptable that anyone in the world go hungry due to imbalances in resources like land, water, and food.