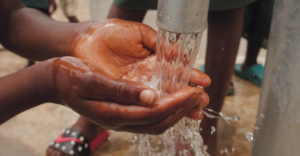 Freshwater is universally recognized to be foundational to the health and well-being of every human being on the planet. Despite this fact, water scarcity continues to pose a threat to many parts of the world today, as drought and famine continue to be an ever-present reality. Nowhere is this reality more pervasive than in Sub-Saharan Africa. Highly variable rainfall there can often lead to common sources of freshwater, such as streams and reservoirs, to dry up for months at a time. For communities in countries like Malawi, Tanzania, Zambia and Zimbabwe, reliable sources of groundwater in Sub-Saharan Africa are vital for survival in the arid and semi-arid climates. However, because of the inherent challenges of accessing water underground as well as development trends in Sub-Saharan Africa as a whole, many are now calling attention to how sub-optimal groundwater management could potentially threaten poor communities in the region.

The vast majority of Central Africans rely upon groundwater as their primary water source since 2017. Unlocking Potential of Groundwater for the Poor (UPGro) began in 2013. Its goal is to comprehensively analyze groundwater reserves in Sub-Saharan Africa. As a result, regional governments and local municipalities will better understand and harness this vital resource. Over the past seven years, UPGro has united researchers from around the world to document the current state of groundwater in Sub-Saharan Africa and determine where efficiency in its management could be improved.

Across the world, groundwater is collected in natural, underground reservoirs called aquifers. Rainfall replenishes them as water drains down through soil and rock. Boring holes through the soil and extracting water through wells and pumps access aquifers. In 2019 alone, thousands of these wells were drilled across the African continent. The importance of reliable pumps is undeniable in places where alternatives are scarce. Research has shown that the quantity of such devices is not the only concern when considering the question of resource management.

The Challenges of Groundwater

African aquifers can oftentimes extend for thousands of miles underground. They provide water not only to numerous communities but also to multiple countries simultaneously. This reality can make managing groundwater in Sub-Saharan Africa difficult. This applies to determining who has the most access and in regulating the quality of the water itself. As groups like UPGro have observed, harnessing the potential of groundwater reserves in Sub-Saharan Africa is crucial to the region’s future agricultural and industrial development. However, pollution of the aquifers that millions of people rely upon for daily life is a growing concern. This issue disproportionately affects poorer rural communities, which in many cases use the same groundwater sources as larger urban centers. These centers engage in large-scale aquifer pumping in order to build and sustain new infrastructure.

As populations continue to grow across the continent, the effect that growing urban populations will have on groundwater volume and quality is beginning to garner more attention. As a result of projects like UPGro, ensuring mutual equity in this vital resource between communities, regions and institutions requires facilitating dialogue between these parties. This ensures that all entities have a full understanding of their shared resource. UPGro refers to this process as “transition management.” Other organizations have facilitated similar processes. However, new discourses will develop organically due to new drilled pumps. They will also develop as groundwater in Sub-Saharan Africa becomes more central to agriculture in both smaller and larger population centers across the region.

For many in Sub-Saharan Africa, the region’s vast groundwater reserves provide an essential resource in certain areas. Without them, these areas would be otherwise uninhabitable due to the scarcity of aboveground water sources. They provide a greatly needed buffer against natural disasters. They could also allow for substantial economic and technological development in the coming years and decades. This would result in raising communities, families and individuals out of poverty. As many in the region know, groundwater reserves in Sub-Saharan Africa can offer a precious source for a brighter future. However, before aquifers build that future, communities must first ensure that prosperity for some is achievable without sacrificing the wellbeing of others.