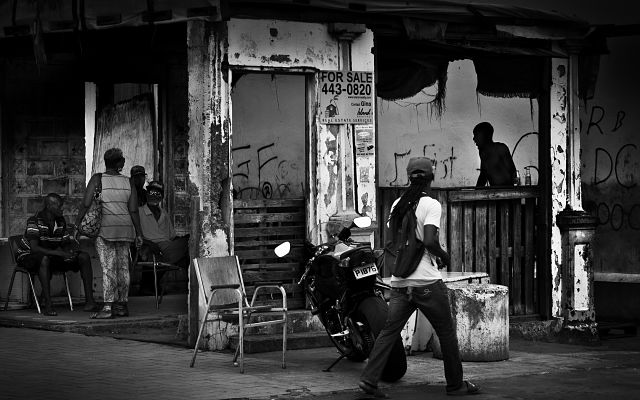 Since the abrupt U.S. invasion in 1983, Grenada has largely vanished from public discourse. How to help people in Grenada remains a crucial question, as the Caribbean nation has a poverty rate of nearly 32 percent among a population of only 111,724.

Poverty in Grenada remains largely confined to rural areas, among farmers who lack access to the island nation’s highly import and export-dependent economy. Farming in Grenada is peculiar in that about 87 percent of farms are individual enterprises, and poor farmers often own their own land. Especially after the U.S. invasion, which unseated the left-wing government from power, Grenada has increasingly become involved in the globalized economy. Farmers with small holdings have difficulty succeeding in an economic system in which literacy, entrepreneurial skill, access to credit and knowledge of market information are crucial to survival.

The size of Grenada’s economy leaves it vulnerable in globalized markets to rapid fluctuations and sudden price changes in crucial imports and exports. The tiny country is also susceptible to hurricanes. In 2004, the country was ravaged by Hurricane Ivan, which according to the World Bank caused damage amounting to over 200 percent of the gross domestic product of Grenada. During the reconstruction of this catastrophic level of damage, Hurricane Emily hit in 2005, further crippling the economy and the nation’s poor.

In response to the lack of viability of farming in Grenada’s new economy, many young people are leaving farms for urban centers, despite an unemployment rate of 33.5 percent. In 1961, Grenada’s farmers numbered 67,100, and by 1995 the number had decreased to 43,400.

The World Bank has worked with the democratic government of Grenada since the early 2000s to implement poverty reduction plans. They have attempted to address poverty by increasing the nation’s openness to markets, and diversifying the economy towards services and tourism and away from subsistence agriculture. However, liberalizing trade and capital has made Grenada’s small economy even more susceptible to sudden fluctuations in prices and has shattered the largely rural and agricultural sector of the population.

Grenada’s young labor force is not entering the agricultural sector, despite a lack of entry-level opportunities for youth with a lack of education. This results in a cycle of poverty and an economic downward spiral. Huge swaths of land go uncultivated, traditional farming knowledge and techniques are lost, and a large sector of the population becomes unemployed and impoverished. Substance farming, which once fed the communities on the island, is no longer adequate to produce food. Food imports now account for more than one-quarter of Grenada’s total imports.

In such a fragile economic environment, the question remains of how to help people in Grenada. In 2016, USAID approved a $9.5 million Rallying the Region to Action on Climate Change project. This project was implemented to help Grenada build sea walls, reforest coastal mangroves vital to the nation’s ecosystem, and prepare for climate-related disasters such as hurricanes.

USAID has also granted $173,968 to the Grenada Cocoa Association, a farmer’s cooperative which grows and processes cocoa for export. The stated purpose of the measure is to help empower youth (More than half of Grenadians who live below the poverty line are under the age of 20), to work for the company. By supporting this effort, this aid measure has the benefit of strengthening local cocoa farmers and reducing unemployment. Measures like this are crucial to alleviating poverty on the spice island, and aid from nations like the U.S. is a vital component in improving the lives of the poor in Grenada.

Besides supporting USAID, the International Fund for Agricultural Development has given Grenada a $3 million loan from their Market Access and Rural Enterprise Development Programme. This program is aimed at the empowerment of rural communities, the creation of employment opportunities, particularly for young rural men and women, and the strengthening of rural businesses and microenterprises.

Moreover, organizations like Food for the Poor are working daily to treat the symptoms of Grenada’s extreme poverty. Food for the Poor operates three orphanages in Grenada, while also sending food to communities that are particularly affected by the radical shift away from subsistence farming into the global market. By supporting any of these programs, you can find ways of how to help people in Grenada as they navigate a complex economic transition.