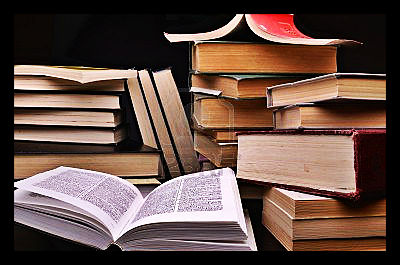 Books are very powerful tools that can get people thinking about issues happening around the world today. Books can inspire change by encouraging their readers to step outside of their comfort zones, and books can help us empathize with the struggles of people we might never know. Below are five must-read books on poverty that will leave readers stunned, motivated, and ready to act.

1. Three Cups of Tea: One Man’s Mission to Promote Peace One School at a Time by Greg Mortenson and David Olivier Relin

This book details the expedition of homeless mountaineer, Greg Mortenson, through the rural communities of Pakistan. After being cared for by impoverished Pakistani villagers, Mortenson promises to build a school in the region. The book follows his journey as he builds 55 schools throughout Afghanistan and Pakistan.

2.  The Bottom Billion: Why the Poorest Countries Are Failing and What Can Be Done About It by Paul Collier

Author Paul Collier dives into “the fifty failed states” that house the poorest billion people on the planet. He explores why these countries are so impoverished,  and how their poverty inhibits forward progression in the developing world. Collier also discusses why some strategies to help these countries have failed, and introduces plans that are better suited to raise the “failed states” above the poverty line.

3. Behind the Beautiful Forevers: Life, Death, and Hope in a Mumbai Undercity by Katherine Boo

Set in the impoverished neighborhood of Annawadi, this book describes the lives of several families and various individuals living in the overcrowded slum. Bordered by the luxurious buildings of Mumbai, Annawadi is the exact antithesis of the opulence showcased beyond the walls of the city. Boo follows families living in Annawadi, and describes the politics of slum-life, along with the hidden treasures that arrive in the form of trash. This book echoes the real lives of people living in Annawadi, their struggles, their happiness and their losses.

4. The Blue Sweater: Bridging the Gap Between Rich and Poor in an Interconnected World by Jacqueline Novogratz

In this autobiographical account, Novogratz describes her incredible story as a woman who quits her corporate banking job to pursue an expedition through the heart of Africa in order to better understand global poverty. A journey that starts with a simple blue sweater leads her to invest in people living throughout the impoverished regions of Africa. The book describes some of Novogratz’s vivid and poignant encounters with people living in poverty, and explains how she tries to help African communities.

5. The End of Poverty by Jeffrey D. Sachs

Author and renowned economist, Jeffrey Sachs, draws an economic map of the world, dividing countries into rich and poor sections. He goes on to explain why wealth has taken the route it has across the world, and why poverty has settled into certain areas and cultivated there.  Sachs allows readers to follow along as he journeys through poor countries, trying to better understand the issues those nations face. Sach’s approach equips his readers with the knowledge and the awareness needed to go out into the world and solve its problems.