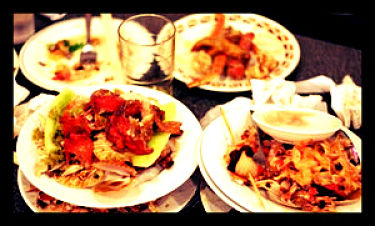 As a whole, the global population produces more than enough food to ensure that no one goes hungry. Unfortunately, much of that food never reaches those who truly need it, and the results of constant over-production have devastating effects on the environment; effects that only increase the difficulty of cultivating crops in the future.

The Stockholm International Water Institute (SIWI), Word Wildlife Foundation (WWF) Germany, and UN Food and Agriculture Organization (FAO) partnered to create a short film in an effort to instigate conversations that could change the way the world handles food. Titled Waste, it provides a comprehensive view of how wasted food is detrimental to the environment.

Waste discusses the environmental cost of food loss and waste; food loss refers to food that is spoiled during transit or storage, while food waste refers to food that is thrown away before it can be consumed. The FAO estimates that 1.3 billion tons of food was lost or wasted in 2009. Today, one out of every four calories produced by the world’s farms is lost or wasted. It is estimated that the world will require nearly 60% more calories in 2050 than it did in 2006 as a result of population growth. Continued food waste will severely hinder efforts to end world hunger.

The benefits of reducing the excess production and waste of food would be incredible; we could feed every hungry person in the world, reduce food costs, and conserve water, land and energy.

Waste, and also a study from the World Resources Institute (WRI) and the UNEP offer relatively simple and inexpensive solutions to the environmental, financial and humanitarian concerns of food loss and waste. For food loss in the developing world, potential solutions include building up food distribution and storage capabilities and introducing the use of sturdy plastic crates rather than sacks to transport produce. In the industrialized world, potential solutions include eliminating irrelevant produce cosmetic standards, ceasing the use of confusing dating codes which can cause consumers to throw away food that is still safe to eat, educating people in proper food storage practices, downsizing portions in some cafeterias by introducing a “pay by weight” system, and limiting excess purchases.

Attacking the global food loss and food waste crisis needs to be a top priority in the fight to preserve the environment, end world hunger and eradicate global poverty. These issues and their root causes are so closely related, addressing them separately will never solve the entire problem.