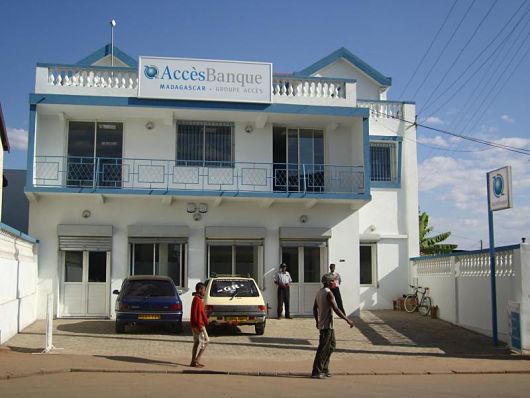 The attention of foreign entities intent on aiding the development of Sub-Saharan Africa (SSA) is often focused on providing basic services such as water, electricity and healthcare. And while rightly so, another crucial ingredient for development in Africa is finance. Access to capital for the average African would allow households and small businesses to leverage their savings and earnings to increase productivity, earn higher incomes, create jobs and ultimately, stimulate economic growth.

Unfortunately, SSA has the lowest level of access to finance than any other region in the world, with an average banked population of 24 percent. Microfinance institutions (MFIs), organizations that offer financial services to the poor, are a promising solution to this gross deficit.

Microfinance has played a large role in South Asia with a mixed record. Initially termed micro-credit, it was viewed as a panacea to world poverty when it began to rapidly grow 15 years ago. Since, people have realized that while such loans can empower women and help entrepreneurs, they are not a magic bullet against the characteristics of poverty such as a lack of healthcare, education, access to power, clean water and a reliable food source. In addition, over the last 15 years it has not been uncommon for lenders to charge usurious interest rates on these loans, creating vicious cycles of debt for borrowers.

As the perception of this financial instrument was tempered, no longer viewed as a ‘magic bullet’ to poverty, the term micro-credit became microfinance and the concept was relegated to the toolbox of poverty alleviation. To be clear, microfinance, if not abused by exorbitant interest rates, and if it works within a framework of poverty reduction, can dramatically help the poor by giving them access to financial services.

Access to financial services that are not traditionally available to the poorest segments of society is what microfinance is all about. And that fact is no different in SSA, where most MFIs are greenfields. Greenfield MFIs are local institutions formed by holding communities in communities without pre-existing financial infrastructure, staffs, clients or portfolios.

Microfinance made its debut in the region in 2000 when ProCredit Holding, a German banking group with 21 banks operating in developing and transitioning economies, opened a bank in Mozambique that offered microfinance services.

To begin a Greenfield MFI in the region, $6-$8million is required over the first 3-4 years of operation. And only after months 42-48 do they emerge fully sustainable. While this investment may seem daunting, research shows that the average SSA Greenfield MFI has been able to sustain fairly rapid revenue growth. Over its first 60 months, it will increase its revenue by $500,000 every 6 months, reaching $5 million by its 5 year anniversary.

The growth of microfinance in SSA is undeniably impressive. The Greenfield MFI model has come a long way in a short time in Africa. And while in the grand scheme of a region containing around 1 billion people, these numbers seem meager, the financial performance of these Greenfield MFIs indicate a future in which Africans have much greater access to capital, and therefore a brighter future.