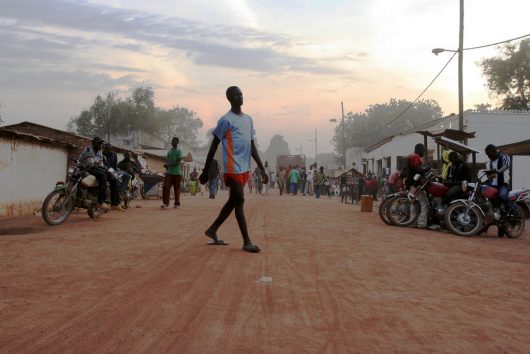 Obstacles to Credit Access in the Central African Republic

Making Finance Work for Africa (MFW4A) states that the weaknesses in the CAR’s financial sector have held back its economy, as it contributes only 17.6 percent to the country’s GDP. The inadequacy of services also makes it difficult for people to access loans or other banking services that could be helpful in their businesses or personal lives. To help the CAR’s citizens improve their quality of life, increased credit access in the Central African Republic is crucial.

CAR’s financial services have been relatively stable, but the sector is considered fragile due to deficient bank loan portfolios and inactive loans, known as non-performing loans (NPLs), which account for 30 percent of all loans in the CAR. The sector also has an above average percentage of loans to the public sector, making it vulnerable to losses due to government instability.

To help address these issues, the International Monetary Fund approved a disbursement of $40.2 million and an augmentation of $55.1 million to the CAR in 2017 as part of the Extended Credit Facility Arrangement. The funds will be used to support economic growth and develop the banking sector. According to Deputy Managing Director and Acting Chair Mitsuhiro Furusawa, the CAR’s program consists of “improving regional institutions, stricter monetary policies, removal of statutory advances, sound bank regulation and supervision, and firm controls over the extension of credit to banks.”

Bringing Credit to Individuals in the CAR

A more direct way of aiding impoverished families is through the Mercy Corps project Microfinance in the CAR, which launched in 2010. The project’s mission is to produce, educate and assist 169 Village Saving and Loan Associations (VSLA). The project was also created to assist in constructing supervision strategies, insurance funds and credit policies. The project’s answer to the CAR’s issues is to educate the VSLA groups to practice saving and credit strategies during the members’ first nine-month loan and savings cycle. Its long-term goal is to help 3,300 households by expanding the groups’ assets in developing and overseeing independent businesses to gross earnings.

In recent years, credit access in the CAR has been made possible through a microfinance program established by the U.N. Development Programme (UNDP) for entrepreneurs developing businesses. The UNDP opened a saving bank called Gogoro that gives users the opportunity to save money securely. Severin Saragourne, an entrepreneur and a user of Gogoro, said, “If you borrow wisely and respect the deadline for your program, you’ll have no problem paying the money back.” The micro-credit program has saved many people from poverty and starvation in the CAR. Through Gogoro, more than 49,000 people in underdeveloped nations have received access to credit, savings and other financial services to overcome poverty.

Another sign of progress in financial services is the UNDP’s project with the Leaders of the International Centre of Credit Unions, which made magnetic cards available for all transactions in 2011. Even with the obstacles the CAR has struggled with, the region shows promise in improving its financial sector and resolving the limitations of credit access in the Central African Republic.