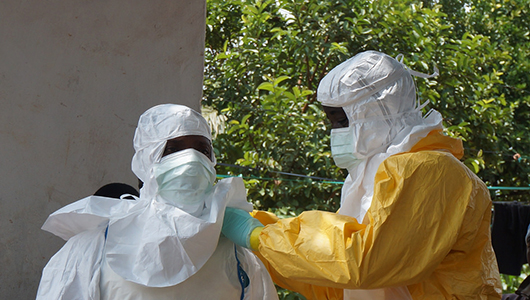 Less than one year ago, the Ebola outbreak scared the world and killed over 10,000 people. A recent poll taken by The World Bank Group reports that there are still concerns regarding the policies that are supposed to prevent another outbreak. Citizens in five different countries – France, Germany, Japan, the United States and the United Kingdom – say they are not convinced that the world leaders have taken the proper steps and protocols to prepare their countries for another global epidemic.

The World Bank Group’s article states that the poll reports nearly 6 in 10 people support investments and policy changes in developing countries that will help protect their own country from global epidemics. The first cases of Ebola during the outbreak were seen in some of the poorest countries in the world. These countries lacked the financial resources and manpower to deal with an outbreak that spread past rural villages and major cities, and quickly crossed borders.

What steps need to be taken to bring attention back to the fact that many countries are unprepared? Some responses from the poll state that by raising awareness about policies that help bring doctors, nurses and clinics to developing countries, epidemics can be prevented and policies can be developed to better prepare hospitals in our own countries as well. Policies that strengthen health care and stop a disease before it becomes an outbreak are needed.

With the risk of global outbreaks becoming increasingly common due to an overly connected world, the fact is that a batch of bad fruit on a cargo ship or a single sick person on a crowded airplane can start an outbreak.