Tag Archive for: Global Facility for Disaster Reduction and Recovery 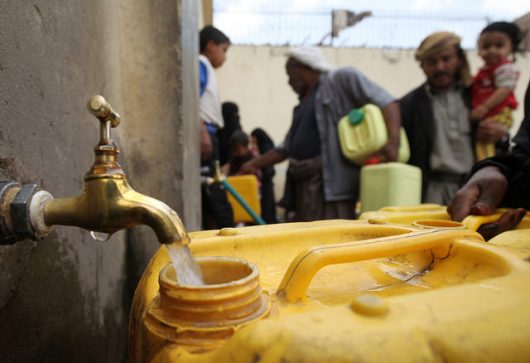 Water is one of the most vital ingredients for all life, yet many people across the globe still live without the assurance of safe & clean water. Here are the five most water-scarce countries, and five groups working to help them.

As conflict in Yemen has escalated to bombings, ground fighting and fuel shortages, 19.3 million citizens have been left without access to water. This has caused an outbreak of diseases such as cholera and Acute Watery Diarrhea, especially in the country’s capital, Sana’a. As people continue to be cut off from basic necessities by the conflict, the need for water becomes increasingly dire.

Who’s Helping: UNICEF.
In response to the crisis in Yemen, UNICEF has increased its efforts within the country’s borders. The organization has provided fuel to local water corporations in order to reestablish the water reserve. Additionally, UNICEF is also providing fuel to assist in ridding the streets of waste and creating more sanitary cities. If that were not enough, toilets and water points have also been repaired at over 300 schools. Water tanks and temporary toilets have been constructed in the most rural areas of Yemen, giving communities and numerous displaced families the vital resources they so desperately need.

As a nation consumed by the desert, water in Libya is continually scarce making it one of the most water-scarce countries in the world. The country sees very little rainfall each year and is forced to rely on an ever-dwindling supply of groundwater to both irrigate the land and nourish citizens.

As demand for water grows, groundwater supplies cannot last, especially as many coastal aquifers are infiltrated by seawater and become salinized.

Who’s Helping: The Great Man-Made River Project.
To combat this problem, the Libyan government launched The Great Man-Made River Project in 1984. This endeavor is an enormous engineering project designed to supply water from desert aquifers to more populated coastal regions. Although construction is ongoing, the project has already had a massive impact on the country as people in need can now access water. However, the life of the project is unknowable (as it depends entirely on how quickly the water is pumped) and the aquifer is a non-renewable source of water.

It is no surprise that Jordan is one of the most water-scarce countries on the planet, as it has one of the lowest levels of water availability on earth.

The nation has struggled for years to provide water to its citizens, and as the Syrian crisis has now caused an influx of refugees, there is not enough water to sustain the dramatically enlarged population. As an agrarian society, the lack of water causes all aspects of life in Jordan to come to a screeching halt.

Who’s Helping: USAID in partnership with the government of Jordan.
Since 2000, USAID has invested over $700 million towards restoring Jordan’s water supply. The initiatives put in place assist the Jordanian government in developing a more advanced water infrastructure, decreasing water loss and conserving the little water available.

Situated on the northwest coast of Africa, Western Sahara is officially considered a non-self governing territory, though Morocco has laid claim to the land. The hot, dry desert land sees infrequent rainfall, and water is increasingly sparse.

Due to the fact that the land is continually plagued with sovereignty issues and Western Sahara is not an established nation, there is little infrastructure that would improve water supply.

Who’s Helping: The Mission for a Referendum in Western Sahara (MINURSO).
MINURSO was established in April of 1991 with a purpose of monitoring a ceasefire with Morocco and allowing Western Sahara to choose to be integrated into Morocco or become independent. Western Sahara and Morocco have failed to come to an agreement yet, but MINURSO still persists.

The group has implemented various measures to improve water and sanitation in the area and continues to monitor the security of the region. However, as conflict between natives and Moroccans persist, safety concerns keep other organizations that can help from entering the territory.

Djibouti is another one of the most water-scarce countries in the world and — not unlike the other countries on this list — is an arid desert. With only 0.3 cubic kilometers of renewable water resources in the entire country, Djibouti is unable to irrigate the majority of the land or provide adequately for citizens.

Ironically, the country also suffers from severe flooding that has caused millions of dollars in damages. What little structure the country has for maintaining water supplies is destroyed by the intense floods.

Who’s Helping: World Bank and the Global Facility for Disaster Reduction and Recovery (GDFRR).
Since 2007, both the World Bank and GDFRR have helped Djibouti create and sustain a water infrastructure. A donation of $3 million was used to establish a project that manages water resources in rural areas. Additionally, the groups seek to help Djibouti better prepare for disasters by improving weather monitoring systems, updating emergency plans and establishing early warning systems for both floods and droughts.

As the most water-scarce countries on the planet continue to fight for a basic necessity, these five groups will continue to make lives better through the power of clean water. 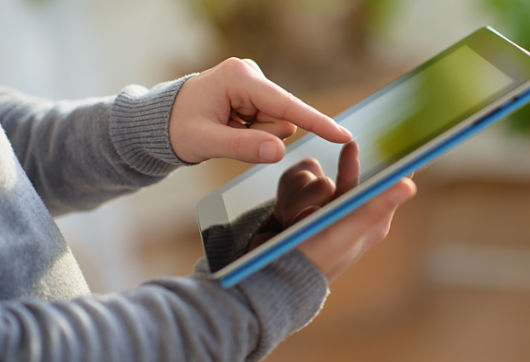 In multiple developing countries, more families now have access to digital tech, such as cellphones, than to purified water or electricity. There is still a massive digital separation, however, between the poor and wealthier areas of the world in terms of Internet access.

According to “Digital Dividends,” an annual development report put out by the World Bank, greater strides must be made to connect more individuals to the Internet and to create a space that unchains the benefits of digital technologies for all.

Access to the Internet is crucial in vulnerable regions before, during and after a disaster occurs. Organizations like the Global Facility for Disaster Reduction and Recovery (GFDRR) have begun to create a wide range of tools that will deal with disaster risk management — but the tools rely heavily on the Internet’s unlimited potential.

Natural disasters can cause terrible damage, especially to the poorest parts of the world. As efforts step up to improve the Internet’s reach across the world, the GFDRR has helped over 160 million people in 60 countries gain improved access to risk information. Using its Open Data for Resilience Initiative (OpenDRI), the GFDRR also helps countries to establish open disaster information platforms.

Innovative approaches to disaster risk, such as crowdsourcing and social data mining, also expand the information base quickly and cheaply. OpenDRI’s community mapping projects deploy local citizens to collect and maintain data about the environment and how it changes during the different stages of a disaster.

By allowing more people to have access to digital tech, not only will they have access to better jobs and opportunities, they will have first-hand knowledge and awareness of impending disasters heading their way. Digital technology also encourages tighter-knit collaboration with the different parts of a region’s government and the private sector.

A prime example of using crowdsourcing to save lives, the FloodTags project is developing a tool to utilize data via Twitter for eye-witness flood observations. Concepts like this provide a constantly updated understanding of the situation, hopefully saving lives that would otherwise be lost in disasters.

After floods hit Jakarta, Indonesia in February 2015, tweets peaked at about 900 per minute, with a major number including information about location and water depth. FloodTags then utilized this information to devise a method for creating real-time maps based on the messages and regional statistics.

While digital tech like FloodTags and GFDRR’s OpenDRI system have steadily improved and saved lives over the last few years, they fall short in areas that do not have access to the Internet. For digital tech to aid everyone everywhere in the world, the remaining countries need to eventually close the gap in Internet access.