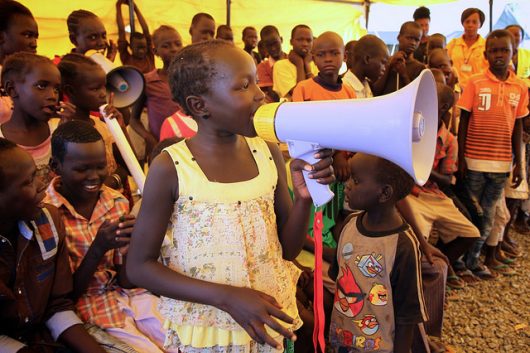 The Global Emergency Response Coalition is a group of eight aiding organizations that came together in April 2017 in response to the hunger crisis around the world. It is the first of its kind and a new approach to foreign aid.

Together, they are saving millions of children and families in need. Today, more than 20 million people are facing starvation and famine, and nearly 1.4 million children are malnourished. The alliance came together with one main goal: to end starvation in various countries. Four examples are Kenya, Niger, Uganda and Nigeria. With this new approach as a super alliance, there is hope that it may lead to more public interest in the crisis.

About 4.5 million children and mothers need nutrition services in Yemen. In addition, 1.9 million people require assistance with the impacts of conflicts. War has left families without food and necessities in Nigeria and so many other emergencies. The Global Emergency Response Coalition is aiming to address and respond to these crises “How powerful it would be to come together to break through and make this known,” said president and CEO of Oxfam America, Abby Mazman.

Some ways the Global Emergency Response Coalition is helping are leading health and nutrition programs and providing treatment and supplies. Humanitarian needs in South Sudan have risen significantly, as well as in the numerous countries the coalition plans on aiding. With their diverse responses, the organizations have come up with a diverse way to provide aid.

Transporting water and food, running nutrition programs and training doctors and nurses have become a part of the coalition’s plan in response to the famine and hunger crisis.

The Global Emergency Response Coalition is calling Americans to save children and their families’ lives from this hunger crisis. George Clooney, an American actor, has been especially supportive. Through his foundation, the Clooney Foundation for Justice, which focuses on the Syrian refugee crisis, he calls on Americans to support the Coalition campaign. “By giving, we can inspire hope where hope is lost and make the world a better place,” Clooney says.