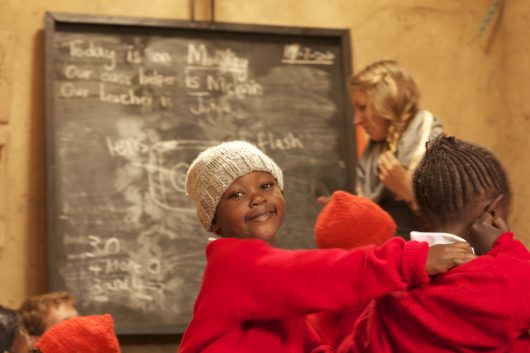 Elementary school teacher Najat Murillo believes battling global poverty begins in the classroom, that is, with a solid foundation of education worldwide. Murillo’s online company, Live the Give, works to address the lack of funding towards public education that is leaving millions of people around the world without schooling.

Live the Give is an e-retailer of eco-friendly journals. 15 percent of the company’s sales revenue is donated towards Global Campaign For Education’s (GCE) “Fund the Future” initiative. In addition, it collaborates with other organizations that are dedicated to making education accessible globally and advocates a global citizenship.

“I have always wanted to help children around the world enjoy a better quality of life and a more hopeful future,” says Murillo. “I believe the best way to do that is by giving them the opportunity to be in school and by improving the quality of their education. I am determined to spread the awareness of the importance of global education and the impact it has on our society.”

Live the Give’s products range in price from $9.50 to $15.50 and are made from 100 percent recycled paper. Its best sellers include personalized journals, complete with custom cutout designs.

Customers may write a message of up to 12 characters that will then serve as the cover’s cutout design. Shoppers may also customize the journal’s font design, notebook size and background color. U.S. customers have the benefit of $3 flat rate shipping.

GCE is a nonprofit organization composed of national coalitions that include NGOs, community organizations, teachers unions, parents associations and child rights advocacy groups. These groups are stationed in 90 countries around the globe, a few of whom are on the regional or international level.

Fund the Future is a GCE campaign aimed at pressuring governments towards financing and supporting global education. The campaign was launched in 2011. GCE has managed to get nations around the world talking about establishing public education and since its founding in 1999 has succeeded in enrolling 4 million more children in school.

While Murrillo’s donation may appear to only make a dent in this global issue, every penny counts. Amazingly, only $39 billion would be needed to help send every child in the world to school for a year.  This is equivalent to the amount of money spent at Walmart every 30 days. 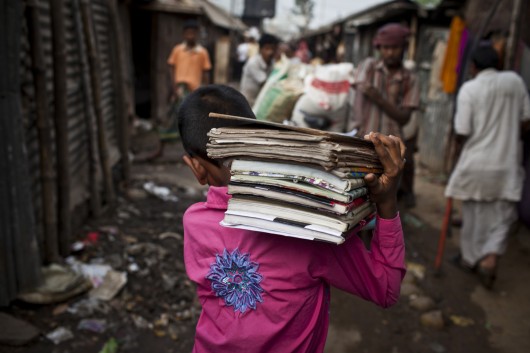 Since the United Nations’ decision to focus on education in 2000, approximately 58 million more children have been able to attend school thanks to various governments and organizations like Send My Friend to School banding together.

While this number seems large, that still leaves 58 million children out of school. And that doesn’t account for all of the dropouts that have taken place since.

In developing countries, there are still many obstacles getting in the way of a primary education for all children. Disability, cost, work, distance, conflict and a lack of teachers are only a few of the struggles that are still being addressed.

In the United Kingdom, the Global Campaign for Education began a program entitled “Send My Friend to School” in order to help the remaining 58 million children that are currently unable to receive a primary education.

This campaign focuses on allowing the children of the U.K. to participate in the solution. According to the campaign website, “over 10,000 schools and youth groups, and millions of children, have been involved so far in the U.K.”

The focus for these children is to band together and speak out for everyone’s right to an education. By speaking with and reminding leaders about their promise to get every child in school, they are able to keep education a priority.

According to Oxfam, an educational resource site, “Send My Friend to School is asking UK pupils to imagine that they were a world leader and tell politicians what crucial decisions they would make to get every child worldwide into school now.”

Since the campaign’s start in 2005, success stories have built up showing how much these children are capable of.

After the Southfield School campaign targeting MP Philip Hollobone and David Cameron, the two leaders expressed, “I am very impressed by the concern you have shown for the education of children in developing countries. Your colourful drawings demonstrate this as well as your enthusiasm for the campaign.”

Other such success stories have flooded the U.K. news.

The Send My Friend to School campaign has consistently shown that children are excellent advocates for global education needs. When organizations and direction are in place, children are able to accomplish much good. 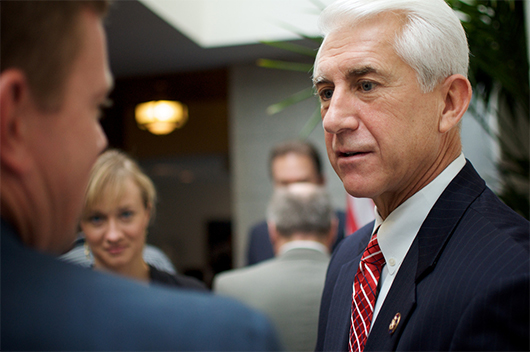 These two members came together across party lines to encourage a commitment from both Republicans and Democrats in support of basic-quality education around the world. The caucus, officially launched on June 24, 2015, is encouraged and supported by several partner organizations, including the Global Campaign for Education (GCE-US), RESULTS and the Basic Education Coalition. It aims to promote understanding in the 114th Congress of the many global issues associated with inadequate primary education in developing countries — including increasing economic and security issues in the United States. The caucus is intended to encourage its members — and Congress at large — to think of universal education not just as an altruistic good, but as a critical strategic advantage for the United States.

With over 121 million children and adolescents out of school around the world, U.S. funding for international education in developing nations has become increasingly important. Education is the key to breaking the cycle of poverty in these nations. The caucus will not only promote understanding of the types of challenges that arise from a lack of quality, universal education, but will also encourage bipartisan legislation to address these challenges.

One such piece of legislation is the Education For All Act, which has been introduced in previous sessions of Congress, most recently in 2013 by Congresswoman Nita Lowey (D-NY) and Congressman Reichert (R-WA). The bill, which had 76 cosponsors in the House and the Senate, was intended to amend the Foreign Assistance Act of 1961, to include further assistance for developing nations in order to promote universal primary education around the world. It simultaneously strengthened the U.S.’s commitment to global education and supported the means by which developing societies could become sustainable and independent. Though the bill did not pass when introduced, it is possible that the new caucus will bring about increased support for similar pieces of legislation in coming sessions.

While there are numerous congressional caucuses that do very little, there appears to be a reason to be optimistic when considering the future of the International Basic Education Caucus. The caucus will take part in numerous activities, including sponsored briefs on basic education issues, congressional receptions in coordination with partner organizations and letters to the presidential administration and to various world leaders. Such activities are intended to help increase support in Congress for basic international education programs, improve understanding of the seriousness of global education issues among world leaders and establish the means with which to respond to attacks on education, such as recent attacks on schools by Boko Haram in Nigeria or by the Taliban in Pakistan.

Representative Reichert commented upon the caucus’s launch, saying, “If we are going to spread freedom, promote economic growth, enhance stability and security and alleviate poverty around the world, the best way to do that is by first ensuring every young child […] has access to basic education.”

An innovative and historic effort, the bipartisan International Basic Education Caucus has the potential to make a real impact in developing nations and the world at large. 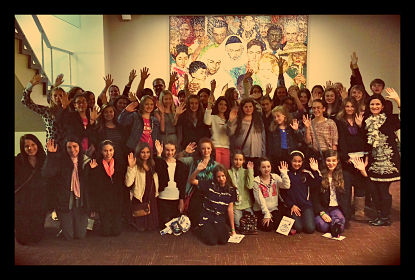