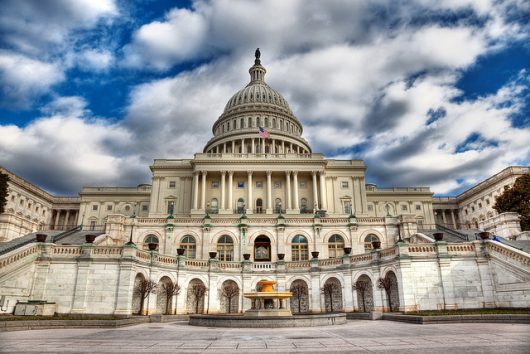 “Could each of you tell me the purpose of the United States giving economic assistance to other countries?” These were the words Senator Bob Corker used to kick off the debate over the effectiveness of current U.S. allocations, and the purpose of U.S. assistance to the developing world.

In general, all of the witnesses agreed that the purpose of U.S. assistance to the developing world is to promote economic growth and the conditions that sustain it, but each participant expressed nuances regarding how this goal can be accomplished.

Dr. Jeffrey Herbst, CEO of Newseum, believes that the key to improving U.S. assistance is to ensure the accountability of recipient governments. In his introductory remarks, he recommended that countries meet certain performance outcomes or be subject to the withdrawal of aid.

“If the recipient country is not committed,” said Herbst, “to private sector growth and a dynamic economy, then no matter what the design of foreign assistance is…the aid is not going to have a significant effect.”

But this is also a matter of perspective. Alicia Phillips Mandaville, Vice President of Global Development at InterAction, explained that many of the factors affecting program success are overlooked due to a lack of technical tools. Mandaville emphasized growth diagnostics and cost-benefit analyses to determine the real obstacles to growth and whether those can be overcome in the long term.

For instance, Mandaville pointed out that one common barrier to growth in West African countries is poor infrastructure. Roads there are congested and do not accommodate large transport vehicles, so the perceived solution is to simply make an infrastructure investment.

However, from a technical point of view, high transport costs are created not by the macro-situation, but rather by its surrounding actors. “The problem is that there are three different ministries allowed to set up safety checkpoints,” Mandaville explained. “So you’ve tripled the instances for graft, and you’ve slowed down speed by threefold.”

Mandaville and Herbst’s examples underscore this trend of awarding targeted aid programs to countries with strong records of good governance.

To round out this idea, Dr. Todd Moss of the Center for Global Development stressed that the future of U.S. assistance lies in the public-private partnership. Highlighting initiatives such as USAID’s “Power Africa,” he expressed that “the deployment of commercial capital for public policy purposes” is the greatest enabler of economic growth.

To date, “Power Africa” has secured funds from private actors such as the Africa Finance Corporation ($25 million) and SolarNow ($2 million), combining them with government contributions like those from the Swedish Development Agency ($1 billion).

The conclusion, then, is clear: the purpose of U.S. assistance to the developing world is to enable growth in countries committed to democratic governance. This assistance will compete with that of other donors (such as China) by enforcing metric-contingent funding, and it will promote the public-private investment model as its vehicle for deployment.

These changes are a signal to prospective governments that the U.S. is committed to producing results and not just “buying friends.” 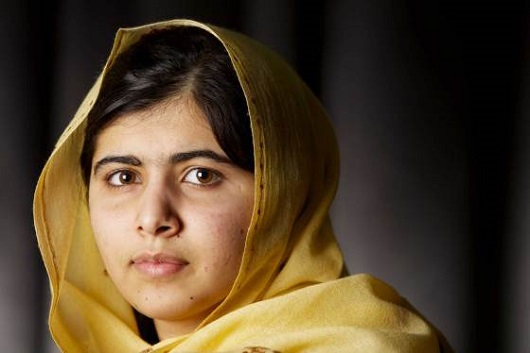 In 2012, 15-year-old Malala Yousafzai was shot three times by the Taliban because she was fighting for her right to attend school. Three years later, the youngest Nobel Peace Prize winner is creating a social movement through her activism regarding global education.

Now 18 years old, Yousafzai has called on the United States and other leading powers to devote more of their foreign policy to educational opportunities for needy children around the world.

“World leaders…are only focusing on six years of education, or nine years,” she said at a panel event co-hosted by Foreign Policy, Vital Voices, and the Malala Fund at the Carnegie Endowment in Washington. “This is not how we are going to achieve success in our future. It is necessary we provide 12 years of quality education to every child.”

Yousafzai argues that leading world powers spend too much on their military forces and should promote, “Books, not bullets. Books, not bombs.”

According to the U.S. Department of Defense archives, $663 billion of the U.S. budget goes towards the military while a mere 0.1 percent is used for foreign aid, including global education.

As Yousafzai continues her global activism and promotion of the Malala Fund, the Nobel Peace Prize winner is finishing her high school education in England because she is afraid the Taliban will kill her if she tries returning to Pakistan.

While finishing school is her top priority, the activist also has a documentary being released on October 2. The documentary “He Named Me Malala” will follow Yousafzai’s life as she completes schoolwork, visits schoolgirls in Nigeria, and viewers will even have the opportunity to see the aftermath of the gunshot injuries as she undergoes surgery and physical therapy.

“I made a choice not to tell the global political story,” said film director Davis Guggenheim during the Q&A after the Telluride Film Festival screening. “As a father of two daughters, I wanted to tell the story of… why did this amazing girl happen?”

As the documentary’s release date to the public approaches, there are high hopes that the film will start a conversation and make a lasting impact on the current state of global education. 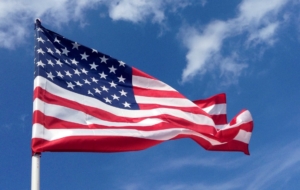 Transparency International USA, or TI-USA, aims to live up to its name by promoting much-needed accountability in governments and businesses, both at home and abroad.

The task of successfully eliminating global poverty is often precluded by entrenched corruption practices in governments and businesses in both the developing and developed world. TI-USA was founded in 1993 as a chapter of the greater Transparency International movement in an attempt to address this corruption and to “promote transparency and integrity in government, business, and development assistance.”

TI-USA reports that each year, bribery, fraud, collusion, and other various forms of corruption taint over $1.5 trillion in public purchasing. Billions of dollars in illicit assets currently flow out of developing countries that need the money to survive.

TI-USA not only views this behavior as unacceptable and immoral but sees the consequential economic, social and health effects that such corruption may spur. In corrupted governments, most of a country’s assets remain in the top levels of society, placing a greater financial burden on the country’s poor who are often deprived of education, nutrition, clean water and health care.

As a branch of an already well-established nonprofit organization, TI-USA’s chief goal is to make the United States a forefront actor in establishing anti-corruption laws across the globe turning first to addressing transparency issues within the U.S. government itself. By doing this, the U.S. can show its commitment to the anti-corruption goal by reforming its own shortcomings as a model for developing countries to follow.

TI-USA shows that in order to become a leader in global activism a country must live up to the standards it promotes abroad within its own national boundaries.