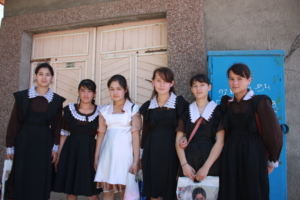 Since 1925, the Uzbek Soviet Socialist Republic had been following the Soviet Union’s lead in education. But in 1991, after the Soviet Union collapsed, Uzbekistan became an independent state, which led to a need for reform in the public education process. Currently, Uzbekistan, a country with a population of around 32 million, ranks highly among the most developed countries, with an education index of 0.92, compared to the world average of 0.77. How Uzbekistan has reached this education index can be analyzed by looking at eight facts about education in Uzbekistan, focusing on educational reforms, enrollment rates, gender disparities and children with special needs and disadvantaged backgrounds.

8 Facts About Education in Uzbekistan

These eight facts about education in Uzbekistan only provide a brief insight into the current situation and how it can be improved. Comparatively, education in Uzbekistan is performing at a better rate than its neighboring countries of Kazakhstan and Tajikistan. Uzbekistan continues to strive for equality among its citizens, which include their rights to an education.

Uzbekistan’s developmental capacity is, to some extent, contingent on the inclusion of young girls and women in the formal education system. Though work is being done to improve girls’ education in Uzbekistan, there is still a long way to go. Access to early education for girls is scarce in Uzbekistan. The U.N. uses a mechanism called gross enrollment ratio (GER) to analyze the education levels of its member states.

Pre-primary school enrollment ratios for girls (ages 3-6) have been around 26.5 percent in the last 10 years. While pre-primary education may seem to be an inconsequential aspect of education for young girls, a study from the World Bank linking preschool attendance to employment outcomes in Uzbekistan shows that it is rather important to girls’ futures.

The Government of Uzbekistan and The Global Partnership for Education (GPE) have both recognized the need to improve pre-primary education. With financial support from the GPE, The Ministry of Preschool Education plans to expand early childhood care and education, with the ultimate goal of achieving 100 percent enrollment by 2021.

Education and the Role of Women

The foundational laws and reforms in Uzbekistan have created an education system that is compulsory for primary school (ages 7-10) and secondary school (ages 11-18) boys and girls. However, practice school attendance, particularly for girls, has not been universal due to socio-cultural and socio-economic barriers. In recent years, the government has worked to remove those barriers and integrate underserved populations into the education system; a majority of those populations includes girls.

Between 2008 and 2017, the GER for girls’ primary education increased from 92.6 percent to 102.28 percent, remaining relatively equal with that of male students during the same time period. In 2017, the enrollment ratio for females in secondary school was 92.42 percent, lower but still relatively equal to their male counterparts.

Girls’ education in Uzbekistan is lacking most at the tertiary, or university level. The GER for females in tertiary schools (ages 19-23) is just 6.33 percent. However, this meager statistic is not a reflection of young women’s unwillingness to pursue higher education or a satisfaction with the status quo. It is, rather, a reflection of a lack of funding, high tuition costs and an outdated societal expectation that young women take on traditional, household roles after secondary school.

The Future of Girls’ Education

Changing the landscape of girls’ education in Uzbekistan requires structured and integrated reforms at every level. Extracurricular activities are another tool that can be used to expand and strengthen girls’ education in Uzbekistan. Encouraging girls to explore activities and career paths seldom held in the past can have an empowering effect. This was exemplified in early 2017 when the UNDP held a “technovation challenge,” in which hundreds of young female programmers collaborated to tackle social issues, including education, using their programming and innovative skills.

“The idea that ‘it is too hard for girls and women’ is as outdated as it is offensive, and yet we still hear it,” according to the event’s press release. At the end of the challenge, the girls in attendance were able to meet and hear from the Uzbek women that make up a small portion of the tech workforce now. In terms of cultural change, events like the technovation challenge are some of the most impactful as they dispel the notion that investing in these girls’ education is unnecessary. It puts on display the untapped potential within the Uzbek female population and changes the perceptions of those who still hold “outdated” understandings of the role of women in society.