Tag Archive for: Girls’ Education in the Democratic Republic of Congo 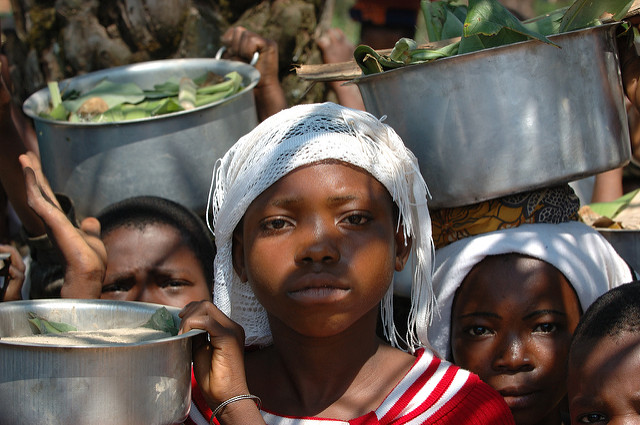 During the civil war in the Democratic Republic of the Congo (DRC), from 1998 to 2003, more than 5.2 million children did not receive an education. Although the situation has improved since then, the legacy of the war remains, especially its effect on the female population.

In 2012, it was reported that approximately 62.92 percent of female youth aged 15 years and older were literate compared to an 87.91 percent literacy rate for young males.

Factors Impacting Girls Education in the Democratic Republic of the Congo

The overarching traditional outlook about the role of females in society: Many families believe that girls have a responsibility at home, while boys should work outside as the main breadwinners. This thinking leads people to discredit education as an important part of girls’ lives, whereas boys are encouraged to attend schools.

Poverty: According to the World Bank, although the poverty rate in the DRC declined from 71 percent to 64 percent between 2005 and 2012, the country still remains one the poorest countries in the world with a ranking of at176 out of 187 countries per the United Nation’s 2015 Human Development Index. As a result of high levels of poverty, many girls take up jobs to support their families.

Opportunities in armed groups: About 30 to 40 percent of children in the armed groups are girls. Girls are often lured into joining local militias because of enticing factors like wages. However, the NGO Child Soldiers International interviewed over 200 female former child soldiers, who reported that instead of finding opportunities within these groups, they were drugged, raped or forced to commit crimes.

For those who are able to escape, they attempt to matriculate into school but are unable to because of the stigma associated with the former sexual relationships between the girls and male soldiers. The same girls who were interviewed cited how they were called “prostitutes” and “HIV carriers” by schools and were not allowed to enroll.

To resolve the issue of lack of girls’ education in the Democratic Republic of Congo, the nation is reforming its system so that more children are able to pursue an education. For example, the DRC has increased its education budget from 7.9 percent in 2012 to 14.7 percent in 2015. In addition, the government has received a $100 million grant from the Global Partnership for Education to continue its efforts.

Furthermore, USAID has worked to create safe school environments, especially for girls, by training teachers and administrators on how to assess safety and security at the school. Through this, girls will not have to fear for their safety, the lack of which also caused them to join militias.

The results of these actions are clear in the numbers. In 2016, UNESCO reported that approximately 66.5 percent of females aged 15 years and older were literate. Although a small increase, this is still an improvement from 2012.

Girls’ education in the Democratic Republic of the Congo has faced many obstacles. However, the country is combating this crisis and ensuring that all children are provided with this opportunity, an action that other underdeveloped countries should follow.