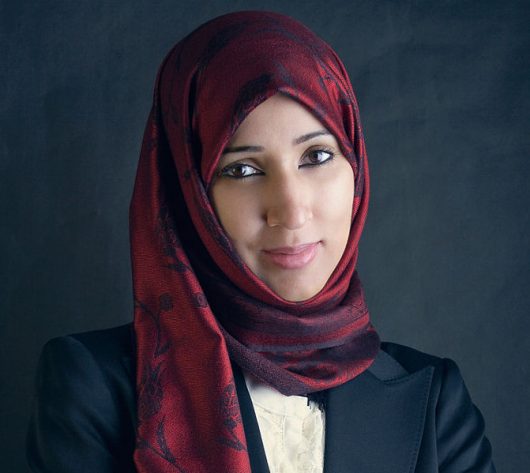 With the first private school for girls opening in 1956 and the first public school opening around 1960, the history of girls’ education in Saudi Arabia is relatively brief. And though some gender disparity remains in the country’s adult literacy rate, the education gender gap is rapidly closing due to new kingdom-wide objectives.

Though just 91.84% of women are literate versus 96.95% of men, the disparity is significantly smaller among the youth population, with both male and female literacy hovering around 99%—an astounding rise from the two percent female literacy rate in the 1970s.

Primary, middle and secondary schools are free and open to both boys and girls. Though boys enroll at a slightly higher rate than girls—99% versus 96.35%—the education system is well on its way to gender equality, in spite of the kingdom’s reputation for severe treatment of women.

Saudi Arabia’s Vision 2030 plan drives these advancements. Implemented under King Salman Bin Abdulaziz Al-Saud, the plan aims to structure the kingdom’s social, political and fiscal future—and recognizes women’s potential to bolster the workforce. Many citizens have adopted this point of view, as well as the idea that all children, regardless of sex, gain greater opportunities to contribute as adults when they have access to quality education.

In service of these values, Vision 2030 aims to foster an educational environment congruous with the demands of the evolving job market. Schools also now prioritize students’ ability to meet personal goals.

Though public schools are divided by gender, leaders strive to improve and diversify the educational system for both girls and boys. The upcoming school year will bring an exciting new opportunity for girls in Saudi Arabia: physical education classes.

Some citizens of Saudi Arabia oppose women’s access to sports, as they are considered masculine activities, but many others are satisfied with the development. Hatoon al-Fassi, a Saudi women’s historian, anticipates that the motion will help girls to build bodily autonomy.

Advancements in girls’ education in Saudi Arabia have indeed empowered women to pursue their own potential. Beyond secondary school, many Saudi women earn advanced degrees. Data from 2015 shows that women account for 51.8% of students at Saudi Universities. Around 551,000 women are enrolled in undergraduate programs, with 24,498 in graduate programs and 1,744 pursuing PhDs. An additional 35,537 study abroad in 57 countries.

Women in Saudi Arabia faced many obstacles to get to where they are today. With the continued support of many citizens and leaders, the disparity between men and women is bound to dissolve.