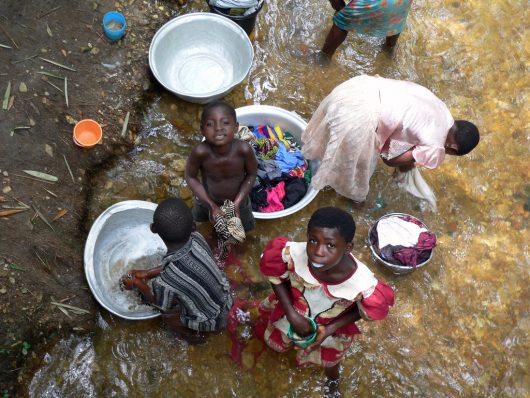 Ghana is an African country roughly the size of Oregon and home to around 27 million people – approximately seven times the population of Oregon. In Ghana, around 24 percent of people live in poverty as of 2013 estimates, and the country’s 2012-13 Gini index score of 42.3 shows the country has moved away from economic equality since the 2005-06 score of 41.9. With such a disparity, the people of Ghana need a sound plan for moving people out of poverty. Ghana’s Social Investment Fund (SIF) is meant to do just that by investing in people to promote the projects they need most.

SIF works to directly improve the lives of people living in rural and urban poverty in Ghana, particularly women and children through various regional projects. They support economic and social infrastructure by funding irrigation, livestock raising, family planning services, nutrition and vocational and technical education. Some of the non-governmental organizations (NGOs) SIF has worked with include the African Development Bank, the OPEC Fund for International Development (OFID) and the Arab Bank for Economic Development in Africa (BADEA).

The goal of SIF’s work is to put people living in poverty in Ghana in the driver’s seat of poverty reduction, making them “proactive and reactive” partners with “a sense of ownership” in the project.

In order to reach this goal, one of the requirements of the organization’s support includes ensuring donors make a minimal number of interventions in the community, and resources already existent within the community are given priority of use over imports. This policy, similar to import substitution in economics, ensures that when the funding from SIF is no longer there, the people will still have access to the products they need and, just as importantly, the local economy will be stimulated. In addition, the entire community is pushed to be actively involved in an intervention, which helps to build the community’s sense of ownership and empowerment.

To date, since its establishment in 1998, SIF has made over 1000 advances in socio-economic infrastructure and services in areas of education, health, sanitation, roads and income generation. Its microfinance credit schemes have been implemented using NGOs and local banks to grow the revolving fund of one scheme to almost five times the starting amount, reaching 9.34 million Ghanaian cedis (GHC) and 20,000 beneficiaries, 80 percent of them female. In another scheme, 1,583 beneficiaries were lent 3.08 million GHC.

Curiously, while females constituted 89.26 percent of the beneficiaries in this scheme, only 46.3 percent of the funds were disbursed to females. SIF’s website does not offer any reason for this occurrence.

SIF’s current program is the Integrated Rural Development Programme, an OFID and BADEA-funded project targeting infrastructure and agribusiness across several regions of Ghana. The four-year program is projected to benefit around 25,000 low-income households and include targeted funding for socio-economic infrastructure as well as micro-lending and training programs.

Though challenging issues surround poverty, SIF’s strategies have succeeded in raising people out of poverty in Ghana. But funding is not the easiest asset to come by when approaching development issues, and for Ghana to truly succeed on a larger scale than has been seen, it needs steady, programmatic support from the international community, such as is found in USAID programs.