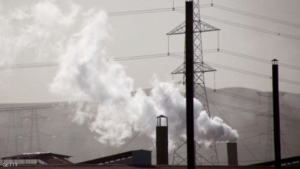 Mongolia is a modern expanding economy with a tumultuous history and vast growth and development potential. Yet, at the same time, the country continues to grapple with the increasing pressures of environmental degradation, climate change, population growth and rapid industrialization.

One third (26.9 percent) of the 3.1-million-strong population already lives below the established poverty line. A large proportion of the population inhabit rural areas and many live a nomadic lifestyle. Furthermore, 60 percent of people are plagued by deficiencies in necessities and basic water and sanitation services.

Air pollution in Mongolia remains a constant struggle for the country as it gives rise to health problems and developmental issues. The city of Ulan Bator is becoming one of the most heavily polluted cities in the world and is exacerbating existing poverty levels and standards of living. The urban poverty cycle may also rise due to the impacts of solid waste production, transportation and thermal power generation.

One of the leading causes of air pollution in Mongolia is rural-to-urban migration. There is a massive influx of people from rural areas that currently stands at over 230,000 households; at present, air pollution is at about PM 2.5 (a measure for fine particulate matter) and is also estimated to be 133 times above WHO-established safety levels. Conditions are known to be especially grave during winter months, and pollution levels in the country are also linked with high fetal mortality rates and other risks like birth defects.

Moreover, pneumonia remains one of the leading causes of death among children under five in the country, according to research by UNICEF. This phenomena is contributing to a mounting public health crisis and also giving rise to major domestic healthcare concerns like pneumonia, asthma, bronchitis and other respiratory infections.

While these health problems occur, the long-standing ger system — a form of residential districts in Mongolian settlements made up of houses or gers — is simultaneously expanding. Over 62 percent of Mongolia’s population now live in these kinds of establishments.

These settlements don’t possess water supplies and people often need to rely on public wells. Due to the excessive usage of iron stoves for cooking and burning of coal for heating during the winter months, the ger district systems are also increasing air pollution in Mongolia.

In order to counteract the problem, the Climate and Clean Air Coalition is working in collaboration with the bank Xacbank to better address air pollution in Mongolia. Work is being carried out by stakeholders to ensure the incorporation and production of more efficient and renewable energy sources — particularly electric and solar technology systems.

The Japanese International Cooperation is also providing non-refundable aid by installing diesel particular filters (DPF) to help remove particulate matter in public buses and decrease pollution levels on the roads and highways. The government is also working to impose bans on the burning and use of fossil fuels like coal to help decrease air pollution in Mongolia.

Finally, to catalyze a long-term solution to air pollution in Mongolia, it is essential for key stakeholder groups in the country to work on strengthening healthcare and infrastructure systems to better respond and counteract the threat that this significant health issue poses to the public.